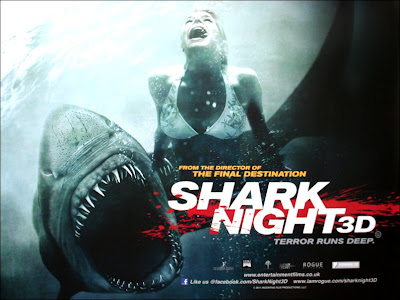 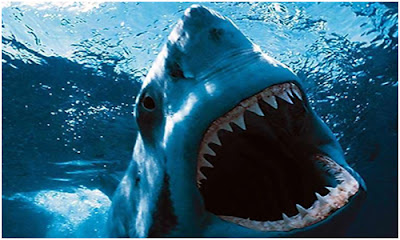 "ready for my close up!"

So first things first – Shark Night 3D might have sharks and be in 3D - as long as you’ve got a 3D TV, but most of it isn’t at night. But then I guess Shark mild afternoon doesn’t really have the same ring to it.

Directed David Ellis who has form for nastily offing teens from both Final Destination 2 and The Final Destination gives it a fair go bringing in not just big toothy sharks but also monsters of the human kind who are in league with them!? 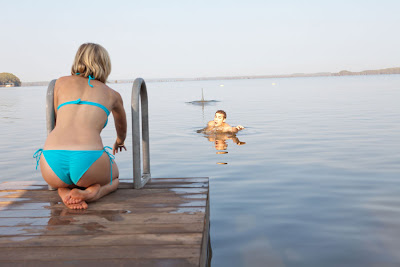 The Louisiana setting works well and gives the film a slightly gothic edge – one that is helped no end by the film's human villains, a gruesome twosome of dodgy but cute Dennis (Chris Carmack) and his oddball hillbilly pal Carl (Jimmy Lee Jr.), who packs a set of sharpened teeth which could rival the sharks!? 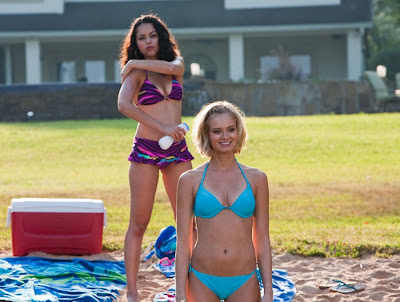 "the girls - only picked for their brains"

The CGI shark are actually pretty cool, backed up with some nice robot efforts too but they are criminally under used. They do get some fun moments such as jumping out of the water to munch on passing teens and smashing through protective cages etc. but there was scope for more fish action...

"miss Paxton minus the sharks"

I give the movie 5 stars out of 5 just for the fact that you get to see Sara Paxton in a bikini. The girl has quite a body on her and a nice thick ass.