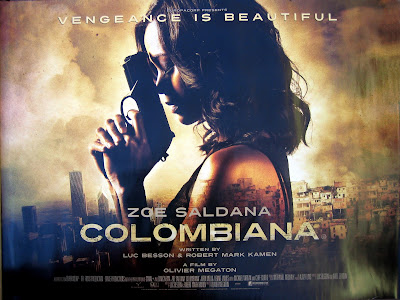 There’s something undeniably cool about having a smokin hot female assassin be an unstoppable killing machine – and Zoe Saldana delivers a great performance in the lead role of Cataleya, a female with a killer body and vengeance on her mind. We meet Cataleya back when she’s just nine, bad men come to her house and kill her parents – she flees and manages to get to the U.S. Embassy where she is given a passport in exchange for a memory card that which holds the data which the baddies want.

The action then jumps from Colombia to Chicago when Cataleya has grown up and honed her skills to become a walking death dealer. approaches Her ‘hits’ are very nicely staged – from getting herself locked up in the same cellblock as a target through to literally sending a baddie to ‘sleep with the fishes’ – this girl rocks some slick assassin moves and leaves a lipstick drawn picture of an Amazonian orchid (also called Cataleya) on the target’s chests.

"how to make an entrance!?"

Of course it isn’t long before her under cover operations draw unwanted attention and she has to move to the end game of finally getting revenge for her parents deaths. Cue corrupt CIA and dogged policeman tracking her down for different reasons plus mob cartel heavies coming and wiping out even her extended family – just we’re fully on her side when she dispatches them in the climactic assault on the big bosses lair.

Oliver Megaton (love his surname) brings the requisite frantic pace and jump cut style of filming, taking every chance to show off Saldana’s perfect butt in HD. This is a trashy, flashy movie that won’t change your world but will entertain greatly.

Colombiana delivers a good time of high-octane thrills and spills. It’s not quite up there with Leon in terms of Besson’s efforts but is a lot of violent escapist fun. 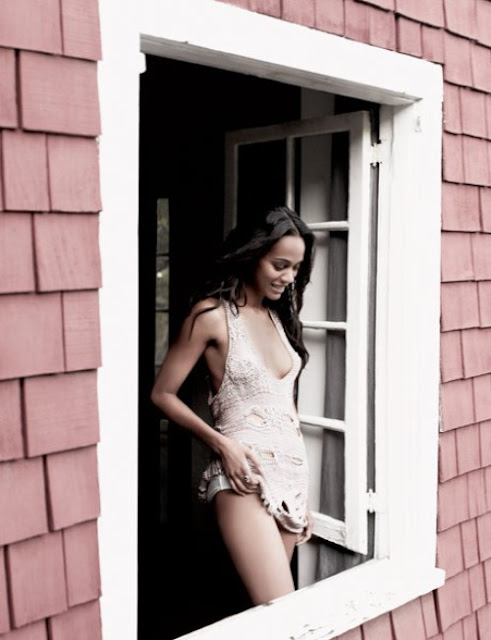