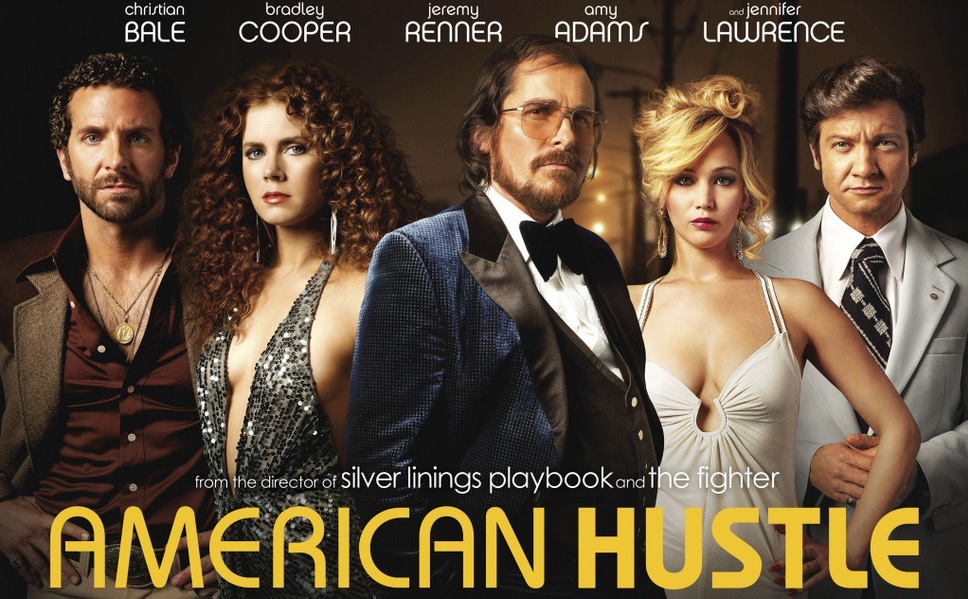 Read the newspaper version of this review at: The Bedford Times & Citizen

"Some of this actually happened…"

Here’s a thing – I can make you rich – if you’re in need of credit, cash, liquidity etc but are somehow challenged / crooked / desperate – come to me and I’ll sort you out – just as long as you give me an upfront non-refundable fee…

American Hustle is the half true but mostly fictitious tale of Irving Rosenfeld (a superbly bulked up and bloated Christian “Dark Knight’ Bale), who is brilliant con man scamming desperate people out their money. We meet him as he teams up with faux British accented Sydney Prosser (Amy ‘Man of Steel’ Adams who sizzles throughout) but just as things are getting interesting for the pair, the FBI shut them down.

Forced against their will to work for renegade Agent Richie DiMaso (a perm haired Bradley Cooper) who wants them to help him take down much larger fish who include Senators, Crime Bosses and all many of targets – this is where the real life ‘Abscam’ political sting of 1978 is incorporated to the plot. But as the stakes rise so does the danger – and when the Mafia get involved in the shape of notoriously violent overlord Victor Tellegio (an unaccredited Robert De Niro) it could well be the end for the hustlers.

The plot is your average twisty turny scam-em-up but it’s the AAA cast who make this movie so much larger than life and must bring Oscar possibilities. All the leads are excellent and include Jennifer ‘Hunger Games’ Lawrence as the wildcard wife of Irving who just might bring the whole hustle crashing down with deadly consequences.

Drawn into the scheme is corrupt mayor Carmine Polito (Jeremy ‘Avengers’ Renner) who is prepared to do some shady deals in order to try and make New Jersey a better place – and make some money along the way. The emotional friendship between Carmine and Irving is one of the film’s cores and you’ll find yourself genuinely moved by the interplay of men whose relationship is built on a lie.

Director Russell brings a convincing ’70s look and feel to the whole production – it really is like stepping back in time as you soak up the fashion and culture of the time. American Hustle is a love letter to the shady dealings the tore the heart out of the US political system but it maintains a great balance between danger and fun.

If you learn anything from American Hustle - you can take away the fact that both the hottie leading ladies are swooning over a 'larger' gentleman throughout... or as poet lariat in the making Ben Molyneux noted: "My big take away was that Adams and Lawrence dig fat dudes."

Babes öööö – Adams and Lawrence try to out cleavage each other 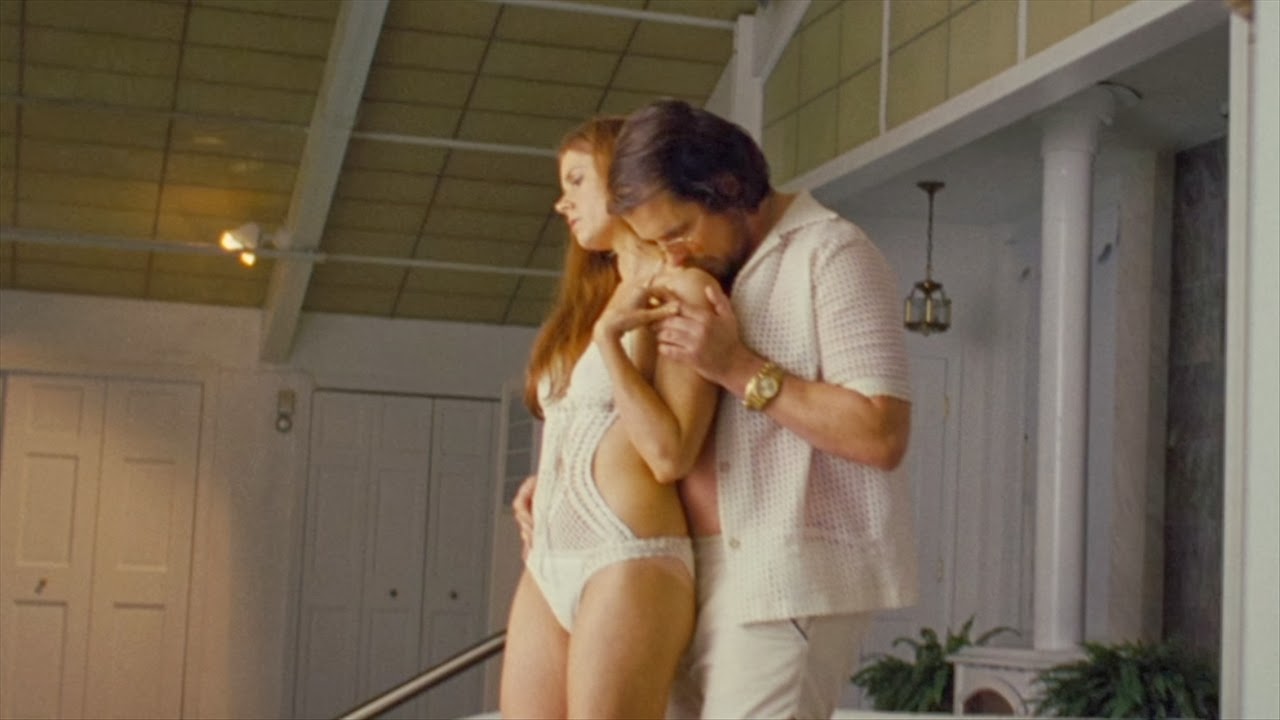 "hope for men with bellies everywhere"