In this all age bash-em-up, humankind is threatened by an evil goblin menace - freaky creatures who have somehow gotten hold of some serious military hardware so that they can take us out!?

Who or what can save us?

How about a robot-esq creature whose body is made up of powerful relics - rune like remnants of elder civilisation. Channelling this ancient tech is the key to building up a size-shifting sentient weapon that might just turn the tide against the goblins and save our asses...

Called 'Knack' this creature is the product of research by a lab doctor who has studied the ancient power runes and managed to harness them and bring them to life for the first time in recorded history... 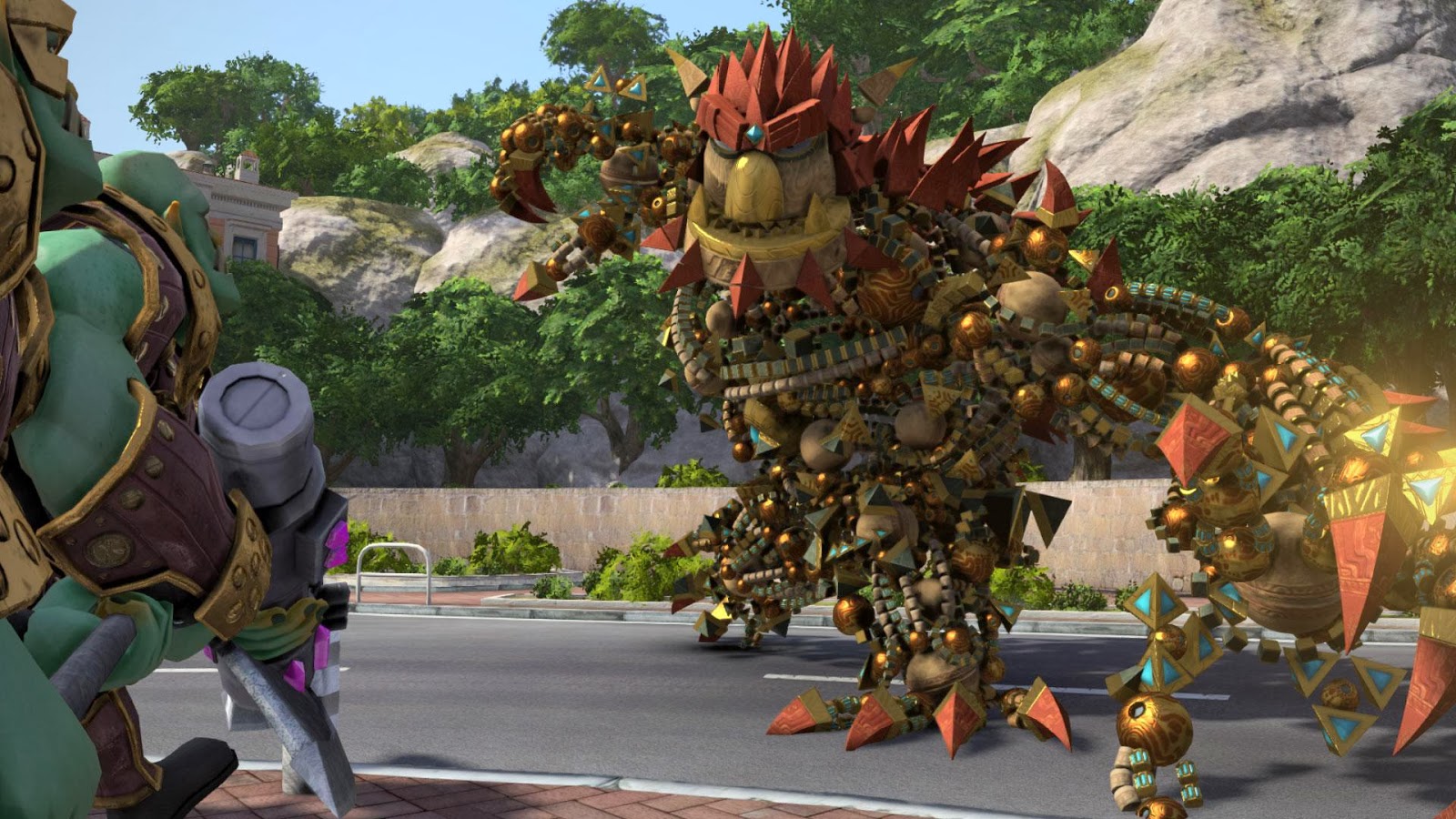 So does Knack bring the requisite energy, smile inducing gameplay and general feel good factor to make Mario look nervously over his shoulder? Or is this a flashy but 'knackered' (sorry) hollow shell that even the Pixar level cut scenes can't save?

Um, in truth Knack is a mixture of both. If played on 'easy' then there is much to enjoy, there's a special satisfaction to the slow motion killer punch you land on an enemy, a nicely parred down God of War combo addition to some fights and it rocks a simple control scheme that lends it to a very quick 'pick up and play' satisfaction. Running around beating the living daylights out of enemies, jumping and double jumping around the scenery and unleashing righteous fury with your superpowered attacks such as a ground smash shockwave, a long range multiple blast and a controllable whirlwind which hits enemies with something like the might and rage of an English winter storm is often gaming at its best. 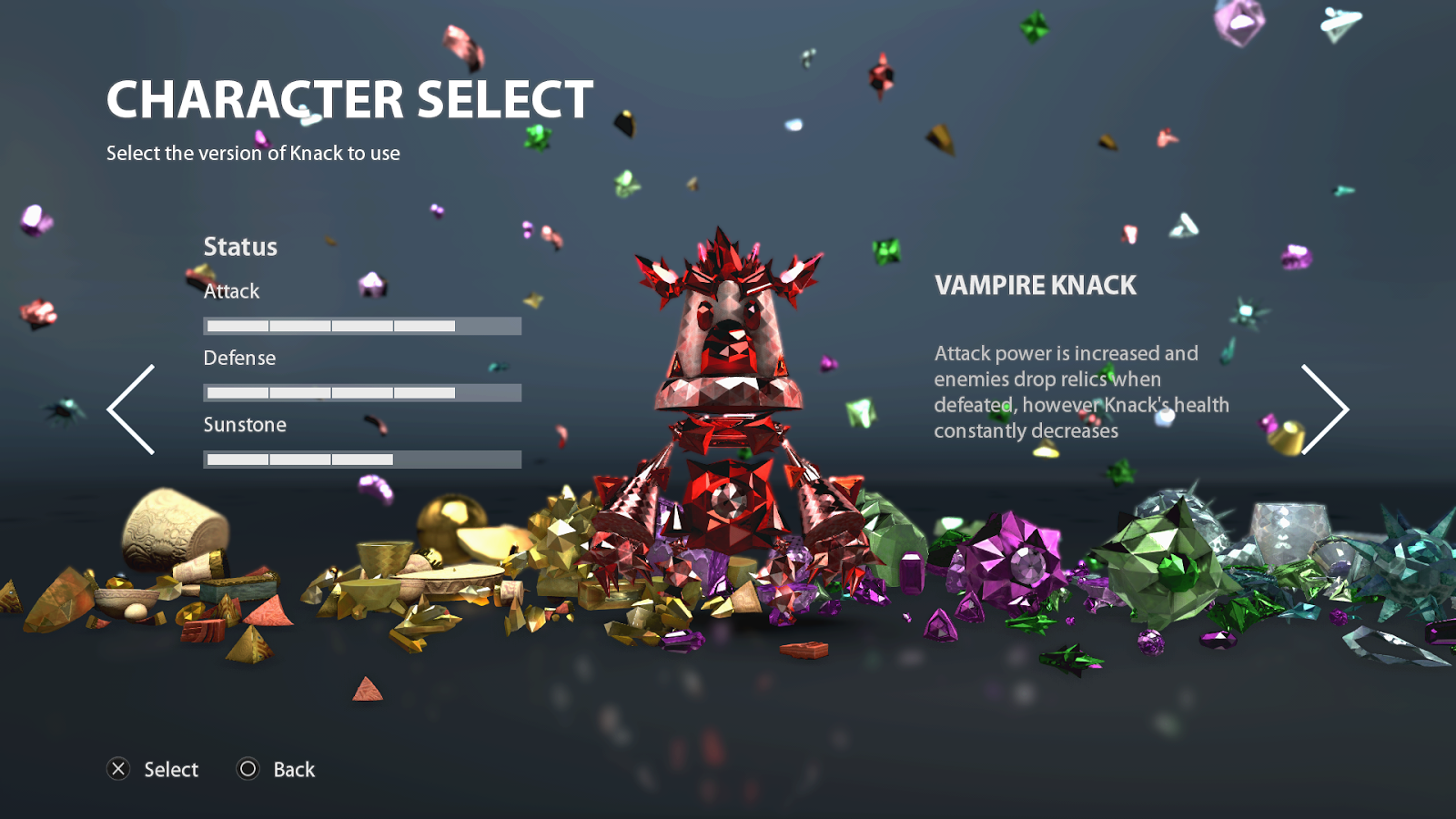 Knack's ability to boost himself with various elements makes for some great visuals e.g. at one point you get to cover yourself with ice crystals to become a spiky ice warrior, at another you use burning wood (which is probably the pick of the bunch visually) - these add to your health bar as all good armour should.

A lot of reviewers have marked Knack down due to the wild difficulty spike - which is certainly severe in places and takes away your dreams of seeing yourself as a gaming ninja because if you venture on to the 'normal' difficulty or above you will die, a lot, and it will get frustrating very quickly. I can see the thinking in that the makers want to offer a challenge to hard-core next gen gamers but Knack's balance is off and its a shame that you are relegated to picking the shameful easy mode just to make any sort of progress!? If being generous you could describe the eye-watering difficulty as 'old-school' but there just isn't a good enough combat dynamic on offer here to allow you get good enough to beat the game without hundreds of hours or trial and error and a lot of luck.
Oh and gadgets and upgrades, because what a lot of reviewers seem to have missed is that you can play through again with a bigger badder Knack at your disposal and have new weaponry plus generally useful gadgets which add to the gameplay and become vital for any progression on harder difficulties. 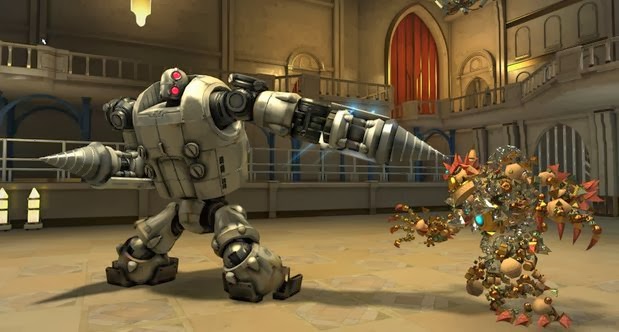 So is Knack a good game? At heart yes, but it aches with ideas and potential that are only partly fulfilled and yet it brings some really nice extra dimensions such as the option to play through in co-op mode where the second player has additional powers to heal the other so it's a nice if playing with a younger family member... There is also a helpful Knack's Quest iphone app which rocks the standard Bejewelled-esq match 3 or more of the same crystal gameplay (in itself quite addictive) and it connects to the main game so any collectibles parts for in game gadgets and Knack power upgrades can be transferred.

At the weird metallic beating heart of Knack is the nostalgic spirit of classic platform romps - so old timers who were there when this was all new will get a kick from it, but quite what newcomers will make of it in this post Wreck-It Ralph world is going to be interesting. Of course - taking the gameplay away with you via remote play on the PS Vita works really well too and is an excellent way to grind through a couple of levels in a lunch hour providing you have strong wifi!

Overall Knack is fun blast which serves as a good introduction to the PS4's lovely new controller and is a game that will amuse sufficiently if you play through on 'easy' - whether you have the mental chops to face down repeated play throughs in order to beat the game on normal or hard is a whole other question! 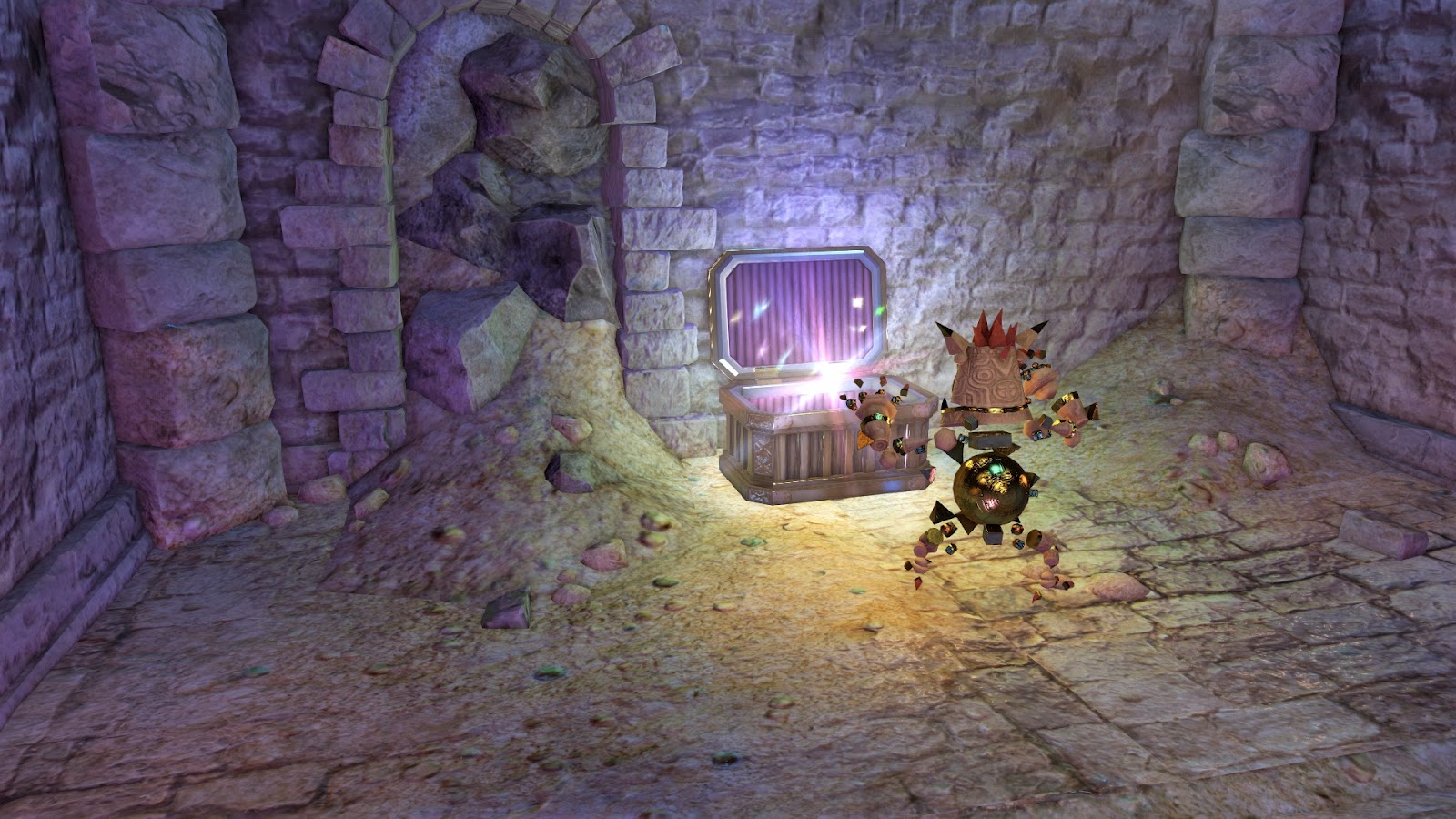 I'd love to see a Knack 2 where they develop the character, add more varied combat and possibly a multiplayer option... And with Knack having sold a healthy over a million units so far - it might have a good chance! 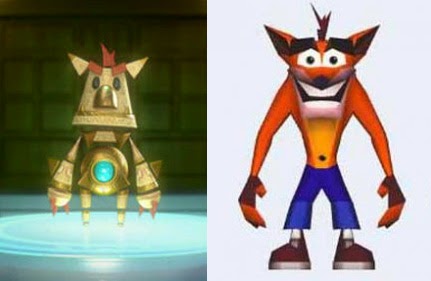