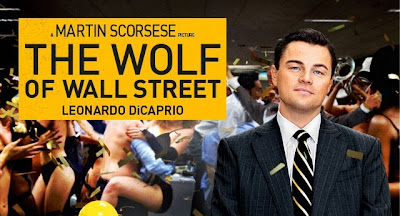 Read the newspaper version of this review: The Gazette

“My name is Jordan Belfort. I'm a former member of the middle class raised by two accountants in a tiny apartment in Bayside Queens. The year I turned 26 as the head of my own brokerage firm I made 49 million dollars, which really p&$%ed me off because it was three shy of a million a week...“

2014 explodes onto the big screen with a dirty, frantic and crazed epic from Martin Scorsese, which brings laugh-out-loud black comedy of the darkest kind along with an overdose of seriously dubious morals. This isn’t as nasty as Goodfellas or Casino but it does form the final part of his loosely theme linked trilogy.

The Wolf of Wall Street is highly entertaining and exquisitely made, boasting a AAA cast led by Leonardo DiCaprio on dazzling form as Jordan Belfort - a wannabe stock broker who somehow managed to rake in millions through defrauding investors. The fact that much of this debauched tale is true is terrifying, but given the cases of corruption that dealings on Wall Street have thrown up over the years it is also believable.

"always know who is boss"

Belfort is the ‘Wolf’ of the title (which he was christened in an article about him in Forbes), he started a brokerage firm called Stratford-Oakmont with the sole aim of ripping off as many people as possible. But as the company grows, so does the crazy lifestyle of its employees - which includes massive drug use, lavish gluttony, over-the-top partying and sexual depravity – on heavy rotation. 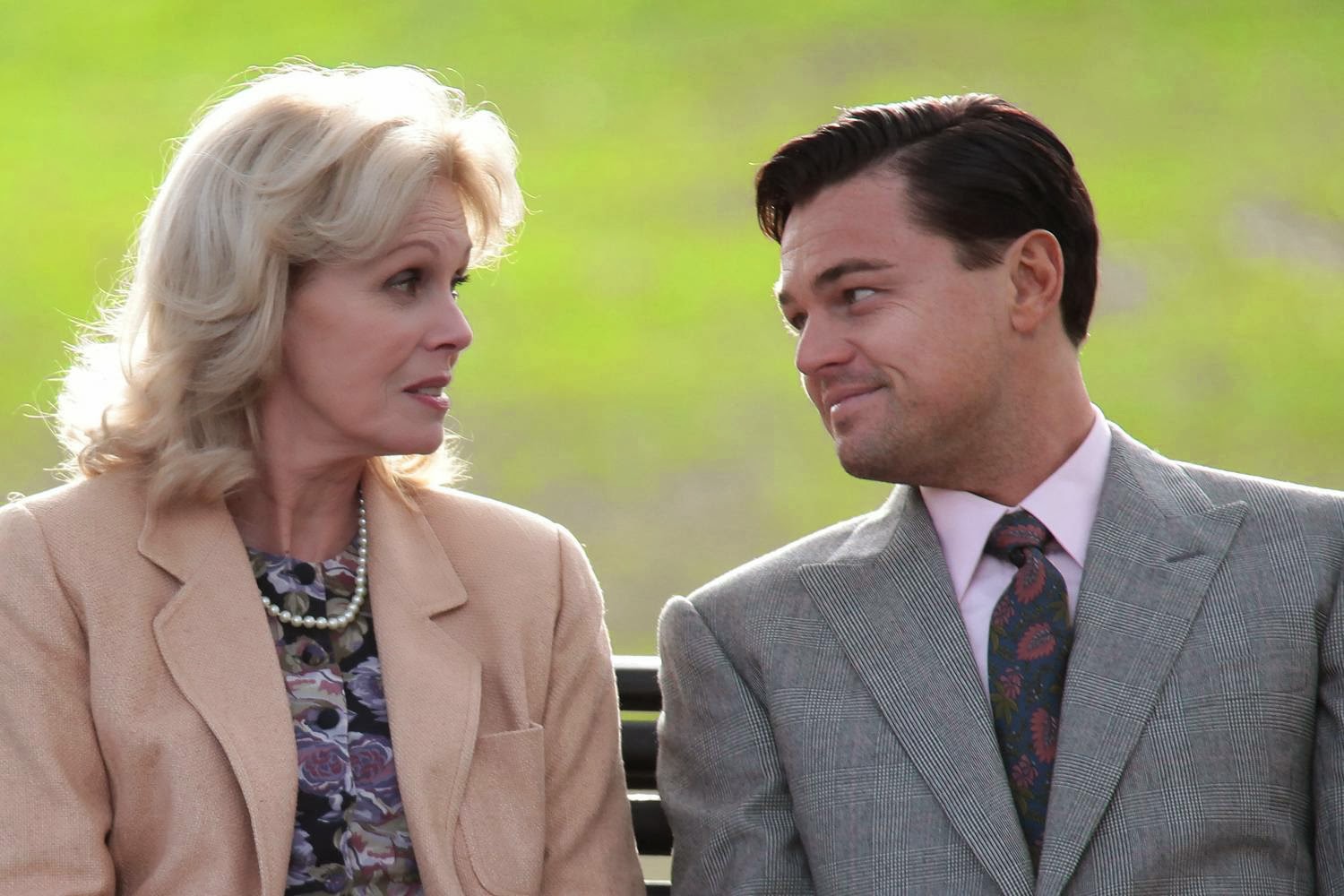 With the flamboyant excess of Belfort and his company being flaunted so openly, it’s no surprise when the FBI targets Stratford-Oakmont. The cat and mouse game between Agent Patrick Denham (Kyle Chandler) and Belfort is a lot of fun to watch. Scorsese isn’t afraid to show the ‘crime does not pay’ message at the end of the 3 hour flick, but in The Wolf of Wall Street crime certainly does pay for a long time!? 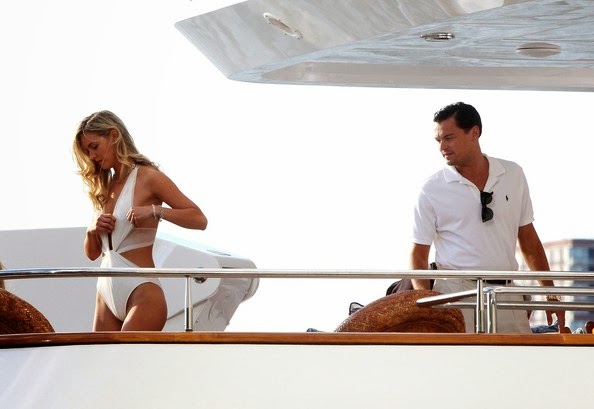 This wolf delivers a wild, sweary ride, that is well worth a look – just not for the faint of heart or easily offended.

Horror öö – not as nasty as most Scorsese flicks