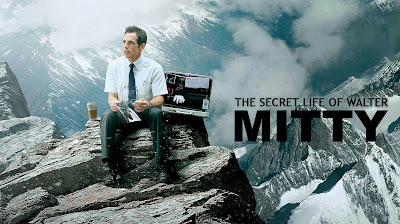 You know something? I quite often track down and kill people (bad people you understand - terrorists, serial killers, rapists, Daily Mail Editors...) but it's invigorating, life affirming and a supreme rush - taking the law into my own hands and making the world a better place through the use of heavy weaponry, fast cars, attack helicopters and even super powers which I have but keep quiet about!?

*ah* sorry, I zoned out there for a minute but do you ever find yourself lost in a daydream of epic proportions? Maybe in a dull meeting, a long church service or just in a odd moment during the working day? I'm not saying your daydreams are hunting down violent maniacs or despicable scumbags but even if you've just stopped to consider spending a unforeseen lottery win - this is a film for you...

The Secret Life Of Walter Mitty is the story of a man who wants to be taken seriously, who yearns for love and accolades but who hasn't ever knowingly done anything meaningful, exciting or of significance.

What Walter (Ben Stiller) does is often zone out from reality staring into the middle-distance oblivious to everything around him. But his imagination is well honed and his fantasies are joyous forays into crazy daring-do adventures - valiantly saving animals from burning buildings, smashing his awful boss through 30th storey windows, smoothly wooing the quietly sexy girl from accounts... Things are just better in Walter's head than they are in real life where he works ironically enough for 'Life' magazine as a photo asset controller. 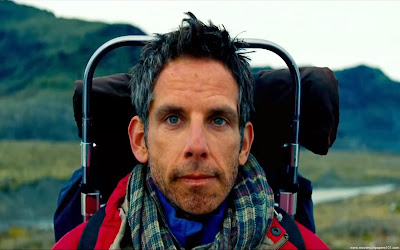 But life hits Walter hard when the magazine is taken over, moved online  and the hard copy operation shut down - leaving him the chance of one final cover image to send the title on its way into history.

This is where world renown guerrilla photojournalist Sean O'Connell (Sean Penn) comes in has he has submitted a shot he'd like considered for the final cover - one that captures the 'quintessence of life' no less. The fabled shot however has been mislaid and with his job on the line Walter must embark on the adventure of his lifetime to try and find it!

It's a fun trip travelling with Walter in this bitter sweet tale that sees him trek through some amazing scenery, face down improbably odds, get the girl (Kristen Wiig) and maybe, just maybe save the day... 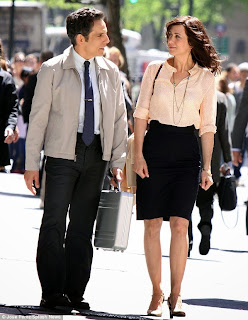 I watched this with my lovely wife and it was a superb date movie - funny, thought provoking and engaging throughout. If you're after something refreshing and fun, stop daydreaming and take a trip with Walter!!

Babes ööö – Wiig's Cheryl Melhoff is a great fantasy in herself 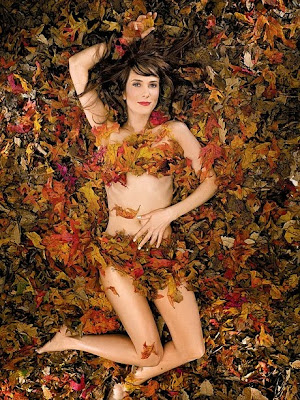