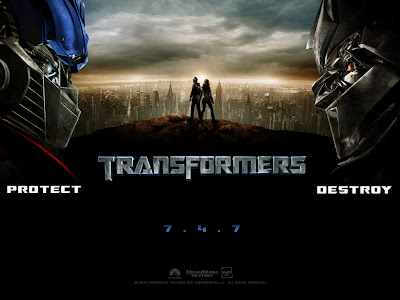 The summer ramps up for some serious heavy metal action – as the human race finds itself at war against a technological civilization far superior to our own… The enemy can take any shape, they could be anywhere but if you want a clue I’d take a long hard look at any passing cars, jets or utility vehicles…
Michael ‘Bad Boys’ Bay pulls out all the stops to bring the much-loved robotic action figures to living, breathing, butt-kicking glory and he does it with unrestrained aplomb. Aided and abetted by an army of special effects technicians from ILM (alas not the Institute of Leadership & Management that I work for but uber CGI boffins Industrial Light and Magic).
Long term sci-fi fan Steven Spielberg is also involved and you can tell that masses of love and attention have gone into making this… But does it work?
Oh yes!! This is distilled cinematic wonderment, the effects are absolutely mind blowing, the action delivers big time and the humans, well, they get to try and keep up with the massive metal show stealing transformers.
The robots are undoubtedly the stars – the heroic Autobots and the dastardly Decepticons, who find themselves here battling over a powerful energy source called the Allspark. Don’t worry too much about the plot and I certainly wouldn’t advise seeking too much character development, what Transformers does is bring an inordinate amount of walking, talking hardware to the party. At its heart, this is the simple story of a boy and his first car, just turns out that this car is actually a super advanced robot from another planet and it goes by the name ‘Bumblebee’. It’s not long before the hills are alive with the sound of heavy assault weaponry, the crunch of metal exoskeleton and the loud kaboom of multiple explosions. And when the action kicks off there’s nothing that can touch Transformers for sheer kinetic thrills. You’re inner 12 year old boy will fully appreciate that you’re witnessing something that simply wouldn’t have been cinematically possible up until now.
This really is a ‘must see on the big screen’ tale of good versus evil and I foresee many millions of action figures being sold to a new generation of robot fans. Remember, the freedom to enjoy lowbrow action packed nonsense like this is the right of all sentient beings... Go and enjoy, there is more to this than meets the eye!

I’ll leave the final words of this review to the noble Optimus Prime himself: “We live among earth’s people now, hiding in plain sight, but watching over them in secret... waiting, protecting.” 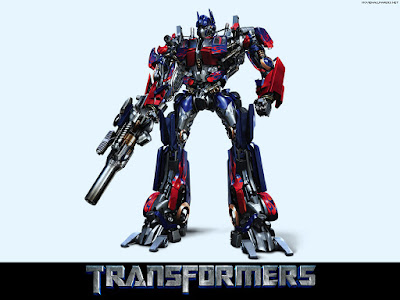