Those who brave the London night will be the first to own the PS Vita hours before anyone else, but as an extra bonus, every customer will also receive a £5 PSN voucher code.

But that's not all. SONY will be on hand and are promising a memorable night for all in attendance. VITA buyers will get the chance to go head-to-head with fellow gamers with some special PS Vita challenges, with prizes including GAME PSN vouchers, t-shirts and more... 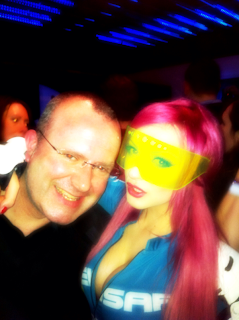 "Ami Ledger... should be Ami Ledgend!"


There's also an exclusive meet and greet with WipEout 2048 developer Karl Jones, who will be signing copies of this highly-anticipated launch game. Cosplay girl Ami Ledger will also be in attendance for meeting, greeting and signing!

As a special bonus, the first 100 customers in the queue will receive tickets to an EXCLUSIVE after-party at the PS Vita Rooms, located just around the corner on Newman Street.

My world may seem the same as yours...