Are You Smooth Enough to Play Jacques D'Azur 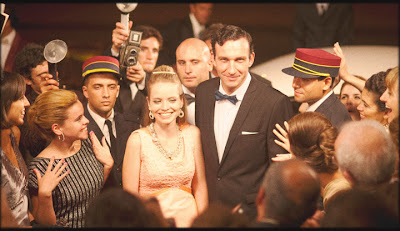 "Jacques d’Azur, the legendary ‘King Of Cannes’"
You Want To Star in a Film Premiering at Cannes 2011?

Top brew makers Stella Artois have launched a competition to find someone smooth enough to star in a film that will premiere at the 2011 Cannes Film Festival.

In what could be the ultimate film fan’s competition, would-be stars are being given the chance to play Jacques d’Azur, the legendary ‘King Of Cannes’, in the highly anticipated biopic of his life. In addition to playing the leading role in the film, the lucky winner will also attend the prestigious Cannes Film Festival where the movie will premiere, and will receive movie star treatment throughout their trip.
Following Jacques d’Azur’s mysterious disappearance in 2010, Stella Artois launched a search for his rightful heir who was treated to Jacques’ week at the Cannes Film Festival.
Having been missing for over a year, Jacques is presumed dead, and all of Hollywood eagerly anticipates the movie of his life. But the greatest challenge still lies ahead - no actor can be found to play the leading role.

Stella Artois is now kicking off the search for the perfect leading man, using the latest in digital technology to ensure would-be Jacques’ from far and wide have the chance to audition.

The winner of this once in a lifetime opportunity will jet off to Cannes to film their part, and will then be treated to a five star experience befitting their newfound celebrity. The glamour and excitement of the Cannes Film Festival awaits this rising star who will travel in style to the jewel of the French Riviera and will literally be the star of the show from start to finish.

In true film star style, the premiere will be followed by a star studded party at Chez Jacques’, Stella Artois’ luxury, invitation-only lounge at the Carlton Hotel’s exclusive beachfront property in Cannes.
This amazing competition launches on March 1st when entrants can visit www.stellaartois.com to film their audition tape alongside their beautiful leading lady using the latest in webcam and video editing techniques. To enter, budding movie stars will film their scenes on their webcam and this footage will then be seamlessly morphed with the leading lady’s scenes to produce a casting film which would-be Jacques’ can share with their friends and family online. On April 1st, all submitted casting tapes will be put before our panel of distinguished judges who will select a short list of 200 Jacques’ hopefuls, to be announced on April 5, 2011. The star of the film will be chosen from this short list.
Alexander Lambrecht, Global Marketing Manager at Stella Artois, says “To celebrate our Cannes Film Festival sponsorship and the ‘King of Cannes’, Jacques d’Azur, we’re offering one lucky fan the experience of a lifetime. Now, Stella Artois fans around the world will have the chance to see their own creation online, and one fan will appear on the big screen at the home of the world’s most prestigious event in the film industry calendar, the 64th annual Cannes Film Festival. This truly is a once in a lifetime opportunity and we can’t wait to meet our new leading man.”

Would-be leading ladies need not miss out on all the fun – the online casting call also offers the opportunity to audition for a starring role playing opposite the legendary Jacques d’Azur.

Visit http://www.stellaartois.com/ this month for details and to apply. 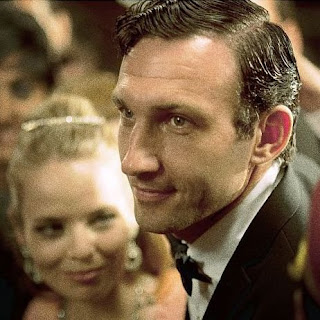 "Could this be you?"


Anheuser-Busch InBev is a publicly traded company (Euronext: ABI) based in Leuven, Belgium, with an American Depository Receipt secondary listing on the New York Stock Exchange (NYSE: BUD). It is the leading global brewer and one of the world's top five consumer products companies. A true consumer-centric, sales driven organization, Anheuser-Busch InBev manages a portfolio of well over 200 beer brands that includes global flagship brands Budweiser, Stella Artois and Beck’s, fast growing multi-country brands like Leffe and Hoegaarden, and strong "local champions" such as Bud Light, Skol, Brahma, Quilmes, Michelob, Harbin, Sedrin, Klinskoye, Sibirskaya Korona, Chernigivske, and Jupiler, among others. In addition, the company owns a 50 percent equity interest in the operating subsidiary of Grupo Modelo, Mexico's leading brewer and owner of the global Corona brand. Anheuser- Busch InBev’s dedication to heritage and quality is rooted in brewing traditions that originate from the Den Hoorn brewery in Leuven, Belgium, dating back to 1366 and the pioneering spirit of the Anheuser-Busch brewery, which traces its origins back to 1852 in St. Louis, USA. Geographically diversified with a balanced exposure to developed and developing markets, Anheuser-Busch InBev leverages the collective strengths of its approximately 116,000 employees based in operations in 23 countries across the world. The company strives to be the Best Beer Company in a Better World. In 2009, the company realized revenue of 36.8 billion USD. For more information, please visit: www.ab-inbev.com