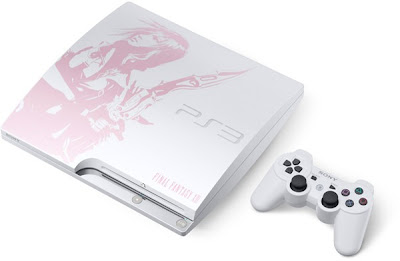 It's a terrifying thought for any gamer who has sunk many hours into a game... Data loss!?
If you've invested in leveling up, getting to the final boss, working towards a Platinum trophy - the one thing you really don't need would be for your save data to be lost.

Many of my Xbox playing friends have openly wept as their machines went the way of the infamous Red Ring of Death or new improved Red Light of Death with the slim model... It wasn't so much the repair bill or replacement cost of the hardware but more the pain of lost game saves. PS3 users too have complained that buying a new PS3 or upgrading the hard drive can mean saying goodbye to some copyrighted game save data.

But while Xbox 360 players will still have that worry - and will need to keep some sort of external disc to hand for backups, now PlayStation 3 owners need never fear losing their save games ever again. All that's required is to sign up for the Sony's PlayStation Plus service - an excellent way to get free games, Beta access and exclusive treats from Sony anyway.

Because Sony know how to treat their gamers and have introduced 'cloud storage' for game saves.

This feature allows gamers to upload 150MB of save game data to the big Sony game save bank in the sky (online), so that you can not only easily transfer game saves between PlayStation 3 systems - should you own more than one, but also access your game save from a mate's PS3 by logging in on their machine.

So if someone should steal your beloved PS3 or heaven forbid, it die from years of hard service - your game saves are protected. Even copy-protected data can still be stored online, which will make the transition between PS3s or Hard Disc Drive upgrading that much more easy.

The Cloud Storage comes with the 3.60 system update and is accessed through the XMB's Saved Data Utility menu.

It is a smart move on Sony's part, although I can't think that Microsoft will be too far behind.

Hopefully, I won't have much of a need to use the service just yet. Although, my system does make a lot of whirring and squeeking sounds as it's starting up.

Nice.. I liked it...If you want to get more tips or repairs you can follow this
playstations repair UK

The Blog providing much information about game consoles, good.. learned many things from this, and we repair a range of
Game consoles in UK