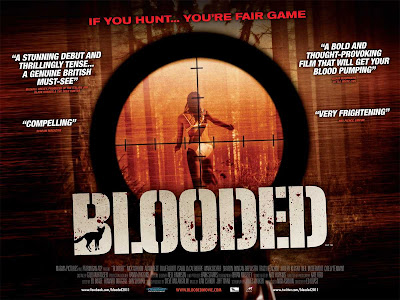 Imagine if protest groups who disagreed with what people do took the law into their own hands?

Well, in October 2005, five young people were kidnapped in the Highlands of Scotland.


Stripped and abandoned in the the wilderness, they were forced into a deadly game where the hunters became the hunted. Their ordeal was filmed by an extreme animal rights group as a warning to others: if you hunt...you're fair game.

Combining dramatic reconstruction and compelling interviews with the survivors, BLOODED finally tells the full story behind one of the most extreme internet virals of modern times.

Check out the trailer for this interesting flick HERE
Posted by Matt Adcock at 2:47 pm