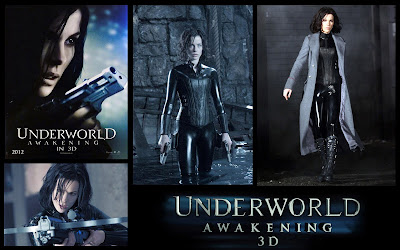 “ I am a Death Dealer, sworn to destroy those known as the Lycans. Our war has waged for centuries, unseen by human eyes. But all that is about to change... again.”

Underworld: Awakening is the fourth film in the Underworld franchise – the fun, schlocky action packed series where we humans are caught in the crossfire of an ancient battle between vampires and were-wolves (Lycans). This time however, the human contingent are taking the fight back to the fantasy beasties with the aim of wiping them out – except all might not be what it seems and it will fall to one vampire ‘Death Dealer’ to fight her way to the truth. 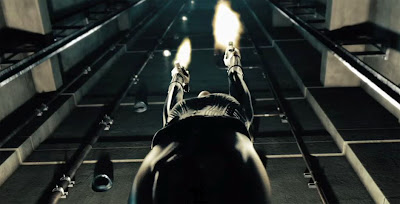 The Death Dealer in question is the gorgeous Selene (Kate Beckinsale) who after 12 years imprisoned in frozen containment by the humans, bursts back into the war clad in her iconic shiny lycra catsuit, packing her trademark two handguns. Beckinsale looks absolutely amazing - squeezing convincingly back into her skin-tight outfit as if she hadn’t ever skipped the last film Underworld: Rise of the Lycans to take time out to have children.

Underworld: Awakening is a pitch perfect blast of over-the-top action, which sets the bar for impressive the action scenes in 2012. Watching Selene stylishly shoot, stab, punch, kick and snap the necks of all who oppose her is a fantasy action fans dream and man, she looks great kicking ass, oozing danger and sexual overload in a eye-watering combination. 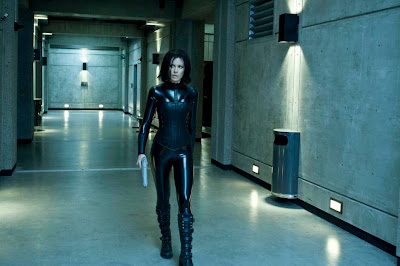 "Selene looking to have quiet word with the Lycans"

Directors Måns Mårlind and Björn Stein do a great job of rocking the implausible plot which sees Selene finding that whilst she’s been frozen, a new hybrid vampire/lycan child named Eve has been genetically created from her and her lover’s DNA. Eve (India Eisley) sees Selene as her ‘mother’ and the two can see things through each other’s eyes. But you don’t really need to worry too much about the plot – it all basically serves to connect a series of intense action set pieces. Many critics have dismissed Awakening but judging from the enthusiastic audience reaction in the screening I caught this in (and the fact that it has made over $25million in it’s opening weekend) there seems to be a real ‘thirst’ for this gothic adventure shot through with Matrix-alike stylistic trappings. 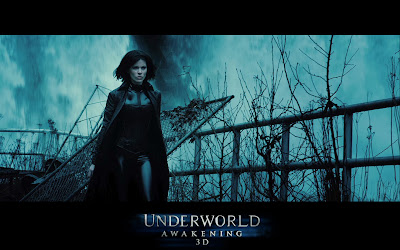 If you’re looking for a fangtastic Friday night action blast – Underworld: Awakening is an adrenalin shot of awesome that will hit the spot.

4 – Death dealing is back and looking better than ever

Horror öööö  – earns the 18 certificate with some brutal kills 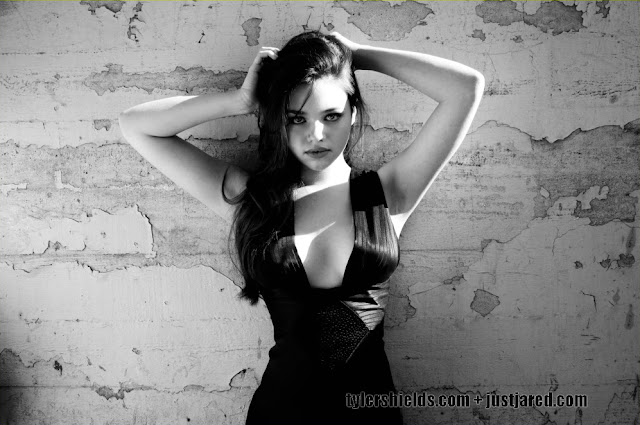 superb movie.watched it on first day.i am a huge fan of underworld series(and also of selene)

The story for this movie just wasn't that good, and I would consider it the worst of the series so far. Kate Beckinsale carries the movie, but only because she is very beautiful. That by itself helps to improve or cover up the other areas of the movie that are lacking. Some reviews say they finished this movie wanting more. I finished this movie saying is this it?

Kate has done a good job playing her part in all the movies, and they are lucky they have someone like her to make up for the poor story that she was given. I wish she would come to my house and bite me, but the movie itself was just mediocre. Good enough to rent one and never look at it again.