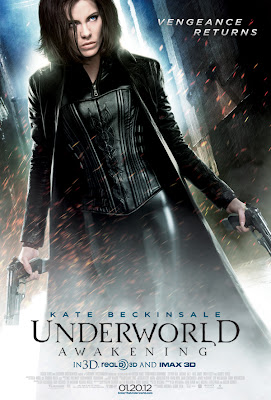 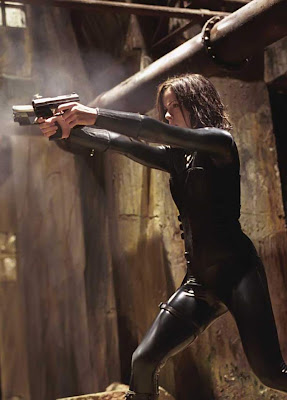 Underworld: Awakening brings a stunning new dimension to the epic battle between Vampires and Lycans, as the first film in the franchise to shoot in 3D. Kate Beckinsale, star of the first two films, returns in her lead role as the vampire warrior-ess Selene, who escapes imprisonment to find herself in a world where humans have discovered the existence of both Vampire and Lycan clans, and are conducting an all-out war to eradicate both immortal species. 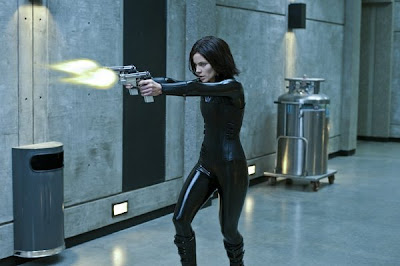 "still shooting by the looks of things"

Can it really be 9 years since the first film? And more importantly - can the 4th entry in the series be any good?

Here's a snippet of an early review:

"As a fan of the franchise, Underworld: Awakening feels like the movie I've been waiting for ever since the first one was released in 2003. Beckinsale has never been better, the story and action finally blends together a bit more smoothly, and incorporating humans into the Vampire/Lycan war breathes a new life into the series." thehorrorchick (read the full review here: Dread Central). 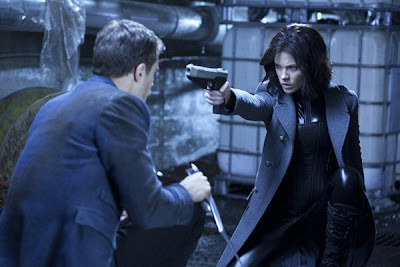 Link to: Kate Beckinsale in a 'who has the best cinematic catsuit' stand off!?

Link to Darkmatters review of  UNDERWORLD: EVOLUTION
Posted by Matt Adcock at 9:35 am

Entertaining one as expected. Lot of action scenes but could have been made better than previous installments. Hope next flick would come out as the best one. Go for it....