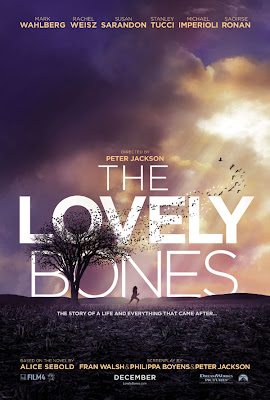 “My name is Salmon, like the fish. First name, Susie. I was fourteen years old when I was murdered on December 6th, 1973. I wasn't gone. I was alive in my own perfect world. But in my heart, I knew it wasn't perfect. My murderer still haunted me...”

Welcome to the freaky premise of The Lovely Bones, the big screen adaptation of Alice Sebold’s best selling novel. It is the unhappy tale of Susie Salmon (Saoirse ‘Atonement’ Ronan) who meets a grisly end at the hands of her normal looking neighbour who is actually a scary serial killer - George Harvey (Stanley Tucci).

We get to join young Susie in the run up to her death and continue to journey with her in the afterlife where she looks down on the lives of those near to her. Director Peter ‘Lord of the Rings’ Jackson throws lots of ideas at the screen but doesn’t seem to know quite how to make them all fit in this strange story which deals with horrific child murder. The choice to paint the tale in bright primary colours smother a shallow ‘feel good’ gloss over the whole proceedings feels a bit wrong. But it is still quite a compelling watch, the weird limbo Susie goes to after her murder is a mesmerising chaotic kaleidoscope of fantasy landscapes that mirror the real world. "Seeing the light... in the afterlife"
Speaking if the real world – the main protagonists are Susie’s parents Jack (Mark Wahlberg) and Abigail (Rachel Weisz) who fit their roles and her younger sister Lindsey (Rose McIver) who steals the second half of the film. Seeing the family implode as a result of Susie’s death should be more painful than it is here, everything is just too sugar coated – perhaps because they kept the movie aimed at wider audience with the lower age certificate?

The Lovely Bones is interesting film, it looks good and has an engaging plot but ultimately isn’t very satisfying. For every flash of excellence such as Tucci’s skin crawling turn as the killer, there are equally weak or annoying elements such as the awful Grandma Lynn character (Susan Sarandon acting more over the top than ever before).

What could have been a powerful and moving tale of death, loss and vengeance, is hamstrung by wimping out on the horror and not following through on anything like a fulfilling ending. 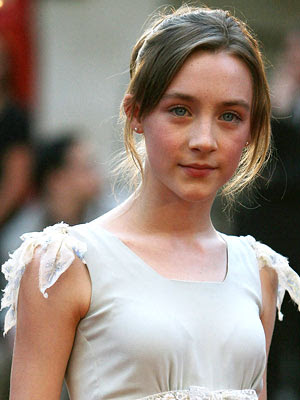 In the 'unrated' extended edition we get to see the alternative afterlife of the killer... where he is tormented by the girls he has murdered - in freakish punishments that makes his crimes pale into insignificance

hey! yes let's keep in touch, hope you don't mind I linked our blogs through that pooston Antichrist, it was so exsactly what I was looking for! :)