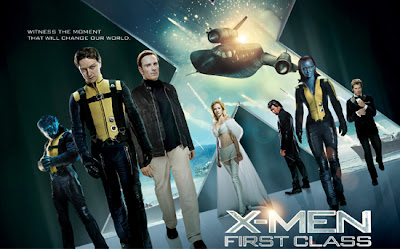 X-Men First Class (12a)
Dir. Matthew Vaughn
Reviewed by Matt Adcock
2011’s cinematic summer is shaping up to be ‘super’ saturated with a host of high profile superhero films. Here we have X-Men First Class which will soon be joined by Captain American and Green Lantern, plus Thor is still in cinemas. So should comic book fans be smiling or are they getting milked by studios who are just churning out easy cash making wins? I have to declare an interest here – I’m a big superhero fan (yep that was me dressed as Kick Ass this weekend at my 40th B’day fancy dress party!? - see below). So I’m looking forward to seeing just how many super themed films people have an appetite for. 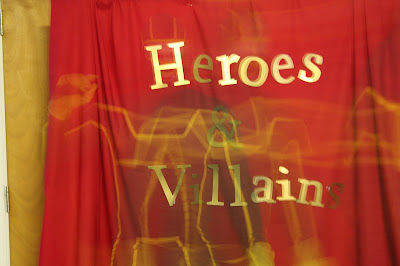 "Kick Ass - faster than a speeding bullet... to see the real pics check my facebook gallery"
X-Men First Class is the obligatory prequel to the existing X-Men films telling the tale of how before Charles Xavier (James McAvoy) and Erik Lensherr (Michael Fassbender) took the names Professor X and Magneto, they were two young men discovering their powers for the first time. 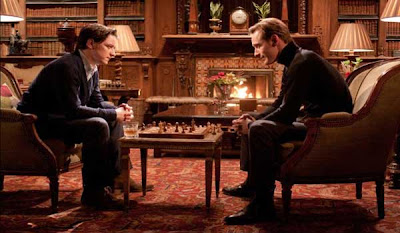 "Matt and Mike at play..."
Yes, before they were archenemies, these two powerful mutants were close friends, working together, with others of their kind (some familiar, some new), to stop the threat of all out nuclear war. It’s a fun premise and Matthew ‘Kick Ass’ Vaughn handles the fusion of real world situation namely the Cuban Missile Crisis - with the fantasy elements of super powered mutants getting into the heart of the action - with finesse.
X-Men First Class is not your standard stupid popcorn superhero movie. This is film that will engage your brain just as much as it dazzles the eyes with impressive action set pieces. There are plenty of fan pleasing moments such as finding out how the X-Men got their names and some excellent cameos which I won’t spoil for you. The writers have obviously worked hard to retrofit this prequel so that it makes sense in relation to the existing films – and yet also leaves the door open for more prequel follow ups.
Knowing how the Professor X / Magneto situation will develop in the future doesn’t distract from the sheer joy of seeing just why a rift opens between them - which will begin the eternal war between Magneto's Brotherhood and Professor X's X-Men.
The special effects are superb – and of the unfamiliar mutants on the block underwear clad Emma Frost (January Jones), Azazel (Jason Flemyng) and Sebastian Shaw (Kevin Bacon) all stand out.
X-Men First Class lives up to it’s name as quality super entertainment. A hero flick recommended not just for comic book fans.
Out of a potential 5 you have to go with a Darkmatters:

Awesomeness öööö – When the X-Men let rip with their powers it all kicks off!

Babes ööö – Emma Frost is the eye candy - see below 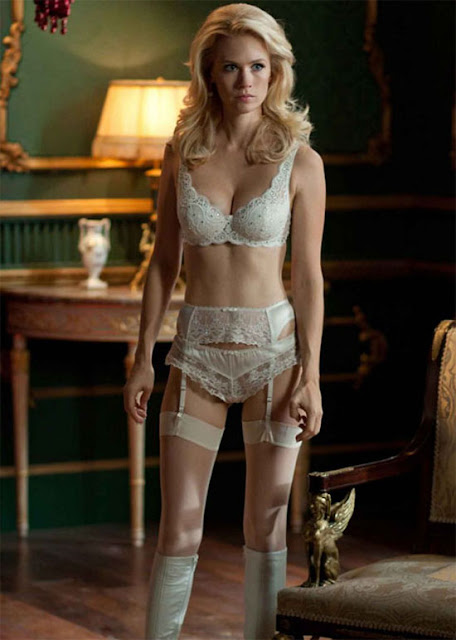 "who needs a outfit when you've got underwear?"
here's what the film critics think overall:

I pretty much agree with your comments, but it really bothered me (for whatever reason) that McAvoy portrays Charles Xavier like he's channeling his inner Austin Powers. I got very tired of hearing how groovy everything was. Am I alone there?

I found your comments to be very good and that the actors did a splendid job of how it all began. I look forward to seeing more from these actors.