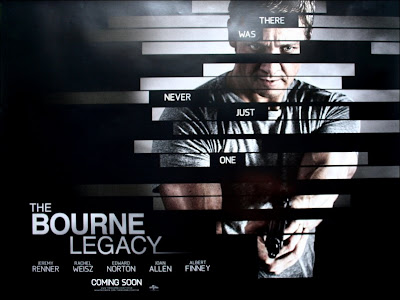 “Jason Bourne was just the tip of the iceberg…”

The Bourne films have to date been a pleasing mix of crunching hand-to-hand action, chases and general other spy-em-up thrills. So here we are with part 4 – and a new lead character in Jeremy ‘Hawkeye from Avengers’ Renner’s Aaron Cross (Cross by name and by nature) – who takes over from Matt Damon’s iconic Jason Bourne.

Why is Aaron so erm, cross? Well he’s part of the super spy programme which is being ‘burnt to the ground’ by the CIA under orders from Retired Col. Eric Byer, USAF (Ed Norton) because of some probing investigators.

Cue clichéd if visceral and white-knuckle scenes of tension build up as Cross tries to evade his former bosses and travels around the world in a bid to make his super enhanced powers permanent. There is lots of dialogue and many confusing plotlines converging including some nods and mentions of Jason Bourne, who is apparently still running about in the US even if we never get to see him this time. 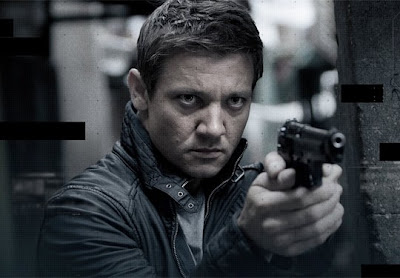 "do you feel lucky?"

Tony Gilroy who takes over director's duties from Paul Greengrass tries to keep the plot moving along at a frenetic pace but simply doesn’t have enough action scenes to make that happen. Gilroy does his best but for every bit of exciting gunplay or fisticuffs we get two dull office scenes, where Norton and co. talk tactics and generally worry about which agents are still active etc.

The Bourne Legacy does at least ‘feel’ like a Bourne movie albeit a minor one. Renner, who was great in The Hurt Locker, is a fine leading agent, bringing enough charisma tinged with humour and the requisite swagger to make a believable human walking weapon. He’s a nice contrast to the fairly straight-laced Jason Bourne. Rachel Weisz looks good at 42 and brings some love interest as brainy Dr. Marta Shearing – the only woman in the world who can get Cross to his necessary medications.

It’s a shame that The Bourne Legacy isn’t at least half an hour shorter because it is never a good sign when you find your mind wandering due to what seems like endless tech and espionage babble from suited bores. The one stand out scene is when an ‘even more super spy’ is dispatched to take out Cross and a massive chase tears across Manila. 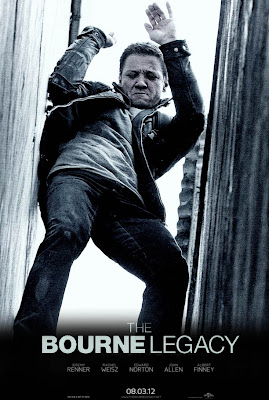 So the franchise is semi successfully ‘Bourne again’ and without so much exposition a part 5 might even deliver some better thrills!?

öö1/2 – Bourne again in style but could be tighter

Awesomeness ööö – some quality fights, and one great chase

Laughs ö – not much mirth