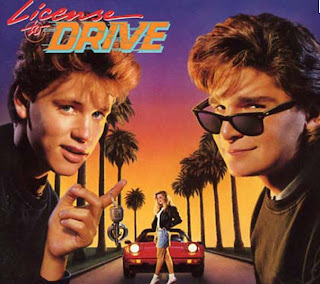 “An innocent girl, a harmless drive. What could possibly go wrong?”

Ah the 80's when big hair and cute face were surefire tickets to superstardom. Take the young Corey Feldman who was hot property coming off the back of Gremlins, The Goonies and Lost Boys (which is where his unofficial acting partnership with the other Corey – Haim kicked off).

License To Drive, one of only a few films that actually stars both Corey Haim and Corey Feldman (see Lost Boys and Dream a Little Dream as other examples). This however is on of those films that sit in the mind as an almost perfect 80's teen comedy. I saw this back in the day when I was a teen and remembered License to Drive as a fun and moderately outrageous coming-of-age comedy. But most of all I remember Mercedes Lane (Heather Graham) – she was the definitive 18 year old hottie / template for prospective girlfriends to measure up to... 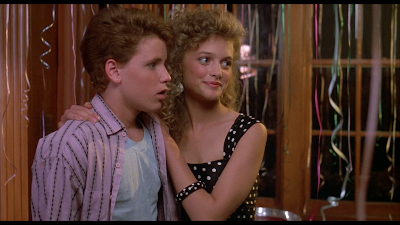 So as License to Drive hits DVD again, how does it hold up to the fond watching memories? Pretty good actually, no of course this isn’t a classic – it tells the hackneyed story of sixteen year-old Les Anderson (Haim) who fails his driver's license test but risks everything by taking out his grandfather's classic Cadillac in order to impress Mercedes – the hottest girl in school. 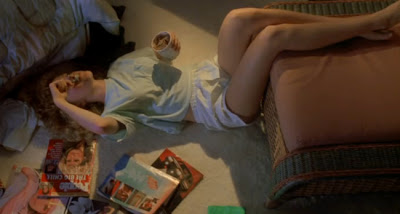 Debut Director Greg Beeman, who had worked on TV show The Wonder Years manages to do a good job with his pretty teen camera fodder. Sure it’s dated now but there is something to admire in the what passed for stylish surface level gloss which the ‘80s was all about. License to Drive also scores marks for being the ‘anti Grease’ in actually casting fifteen to eighteen year olds rather than aging 30 somethings pretending to be teens. 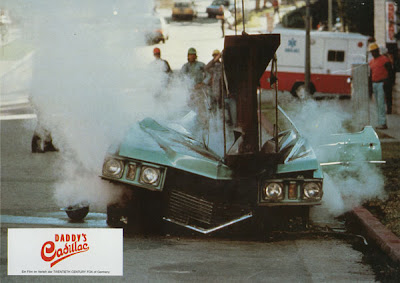 "There goes the no claims bonus"

Corey Feldman steals most of his scenes as the pal with 'a plan.' The main plot follows the incident packed night of the date, Heather Graham doesn’t have to do too much except look cute and act drunk – the crazy antics include police roadblocks, many Cadillac damage freak outs, some militant nutjobs, angry drag racers and a script that includes non PC lines such as “You spasticated idiot!” Ah the ‘80s!?

License To Drive on DVD delivers a perfect package of ‘80s teen fun, quite what todays’ youth will make of it is anybody’s guess but for those who witnessed those heady days, when I tap the dashboard, you should make an emergency stop and buy this!! 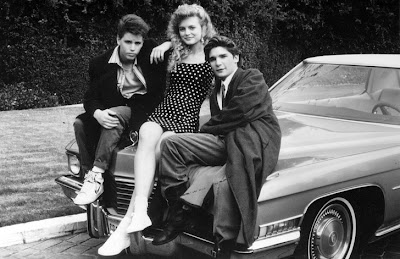