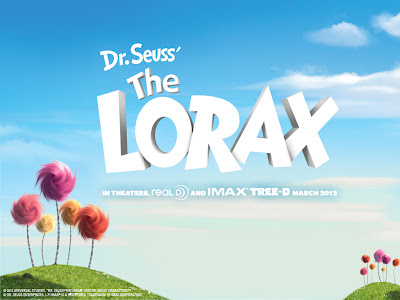 “Unless someone like you cares a whole awful lot, nothing is going to get better, it's not.”

The Doctor will see you now – yes Dr. Seuss is in residence at your local cinema in order to dispense some zany eco sense through this charming and fun big screen version of the children’s tale.

Boosted by having the director Chris ‘Despicable Me’ Renaud on board, The Lorax rocks along with a winning mix of laugh out loud funnies, quality CGI animation and some AAA hot star power voicework. It certainly helps the marketing to have Zac Efron in the lead as young hero Ted, backed up by the likes of Taylor Swift as Audrey and of course the magical Lorax (Danny DeVito). 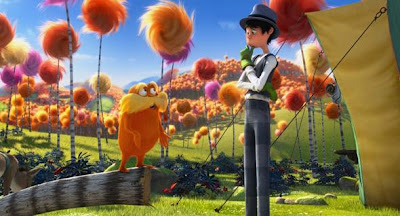 "I get serious furballs"

For those who haven’t read this tale – it takes place in a colourful but vacuous artificial walled city called Thneed-Ville, where everything is artificial and even the air is a commodity. In the heart of this fake metropolis young Ted is in love with local hottie Audrey. He’ll do anything to win her affections so when she says that she yearns to have a ‘real tree’ (all the trees have been chopped down and replaced with plastic ones), Ted embarks on an adventure to try and bring her one.

The only person who knows what happened to the trees is rumoured to be the ‘Once-ler’, a strange hermit of the wasteland beyond the city walls. He is the one who tells the tale of The Lorax – an orange furry critter tasked with being the guardian of the forest. Ted’s drive to please Audrey inspires him to risk everything and go against the greedy Mayor of Thneed-Ville, O'Hare (a delicious boo-hiss baddie turn from Rob Riggle) in trying to bring back real trees… 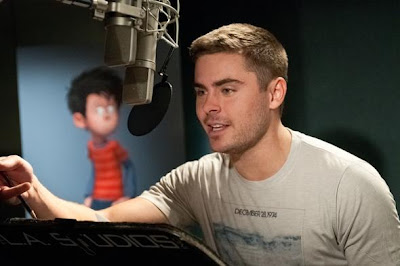 The Lorax works better than I thought it would – packed with bonkers humour, lots of which comes from Ted’s Grandma (Betty White) and some hum dinger musical numbers, pick of the bunch probably the Once-ler's (Ed Helms) "How Bad Can I Be?"

If you’ve a hankering for a tale that will actually make you stop and think but deliver it in a light and highly enjoyable animated fable for all the family, then The Lorax is the film for you. A worthy candy cane treat for kids who are a bit too young to appreciate the dark thrills of The Dark Knight Rises. 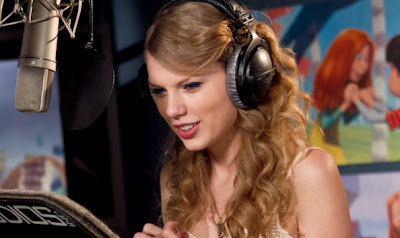