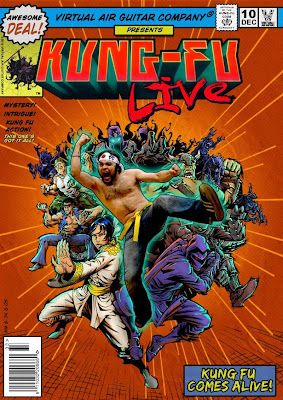 The PS3 is about to witness the birth of the ultimate warrior… As the Kung Fu Panda might say: “He’s so deadly, in fact, that his enemies go blind from over-exposure to pure awesomeness!”

Here’s an extraordinary idea… How about a console game where you are the controller? No joypads and not even a glowing MOVE controller? Why didn’t anybody think of this before? 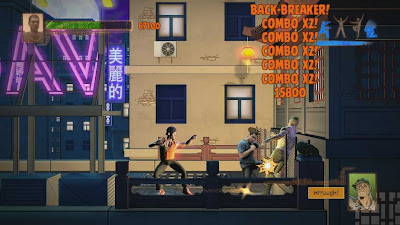 Kung Fu LIVE is pure motion gaming awesomeness – the talented guys at Virtual Air Guitar Company have done something amazing utilising the PS Eye to kick the ass of Kinect and create the most fun you’ll have leaping around in front of your TV this year. 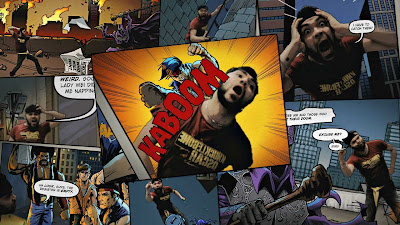 OK so you’ll need some space to play this sucker – I’m talking about a good 7x9ft if possible (which it wasn’t in my lounge but I still managed it effectively with a bit of tinkering). You’ll also need to make sure that you stand out from the background and be sure to have good stable lighting conditions. Finally there is some calibrating to do – setting up your positions etc… It takes a couple of minutes but it really is worth it as when it all clicks Kung Fu LIVE is a megaton uppercut to the pleasure cortex which will leave you dizzy and reeling with satisfaction.

The main ‘campaign’ sees you playing through several comic book chapters, each of which has you posing for ‘action’ shots at the start, these shots then appear in comic book pages and they can be saved to your PS3 hard drive for viewing pleasure. 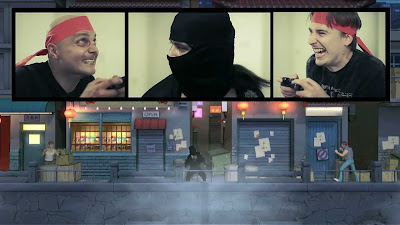 The PS Eye does an admirable job of tracking your kicks, punches and movements – which ramp up to pulling off special moves such as shooting lightening out of your hands and causing earthquakes with your ground pound slam. You can rack up some excellent combos and bring all sorts of devastation to your various enemies – which range from ink blob monsters through to henchmen and end of level bosses.

There is a fun multiplayer element too where you can fight up to four of your pals (who use DualShocks to control their ninja baddies). It’s a wild blast and it works a treat, even if there are occasions when the motion capture doesn’t pick up every little movement.

Finally there is a ‘Mayhem Designer’ option where you can design your own levels and pick which enemies you battle and for how long etc. Oh and I almost forgot to mention the tasty ‘use your own weapon’ bit where you can incorporate household objects into the mayhem – I found that my son’s lightsaber forged a fearsome weapon and looked excellent on screen! 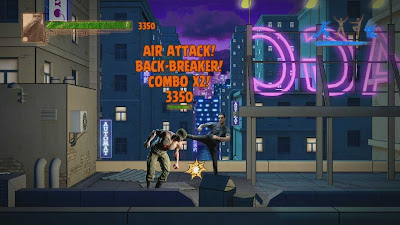 Is Kung Fu LIVE perfect? No, it does have the occasional issue but overall it delivers something really really special – the chance to live out a superhero dream on your own TV in your own comic book… As Kick Ass said: “A**holes, laying into one guy while everybody else watches? And you wanna know what's wrong with me? Yeah, I'd rather die... so bring it on!!”

Not to be confused with Kung Fu Rider
Posted by Matt Adcock at 11:32 pm