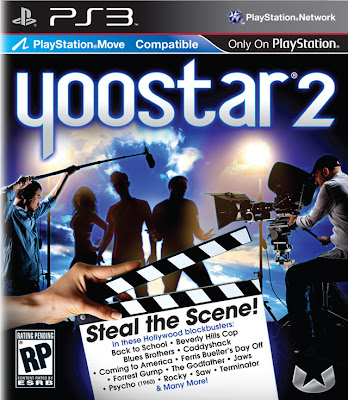 Yoostar 2 allows you to 'enter' hundreds of famous movie scenes, record your performances, and upload them to impress your friends and family who can view and rate them online.

The magic is created via the Playstation Eye camera which allows Yoostar2 to produce Hollywood 'green- screen' style effects without having to turn your front room into a movie set with green screen backing.

I was dubious but after watching the trailer below (via IGN) it really looks like you'll be literally able to step into well-known movie scenes and 'be' your favourite actors / characters... I'm so going to 'be' KICK-ASS, Neo, Maverick and the Terminator for starters!?

Yoostar 2 has the potential to be the ultimate party game - featuring multiple gameplay modes, including a party mode that allows a group of players to perform in quick succession and a progression mode where players face a series of challenges and unlock new scenes.

The menus etc are controlled with the Playstation Move so this is just another reason to pick one up!!

Check out the official site HERE

Imagine finally getting to 'act' with Leia... 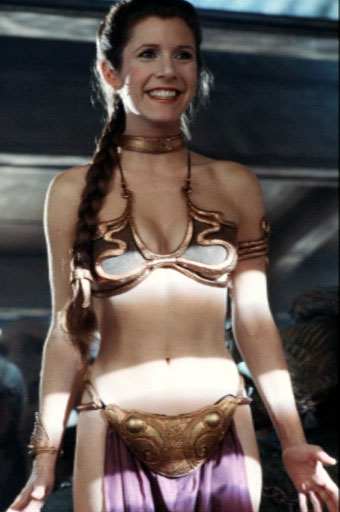