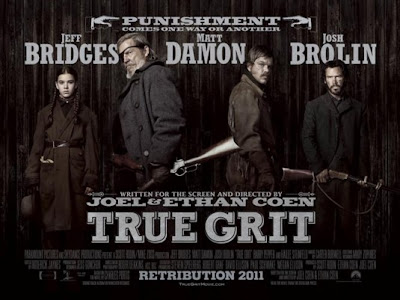 “You must pay for everything in this world, one way and another. There is nothing free except the grace of God.”

As a big fan of the 1969 version of True Grit which starred John Wayne as federal Marshall Reuben ‘Rooster’ Cogburn and a huge admirer of the Coen brothers, I had high hopes for this gritty remake.

The new version keeps faith with the earlier film and Charles Portis's novel on which both films are based. It follows the trail of 14-year-old Mattie Ross (Hailee Steinfeld) in her quest to see justice brought to outlaw Tom Chaney (Josh Brolin), the man who gunned down her father in cold blood. She chooses Marshall Cogburn (Jeff Bridges) – a man who she sees has the ‘true grit’ necessary for such an undertaking.

"Marshall Reuben ‘Rooster’ Cogburn"
What follows is a classic Wild West odyssey of revenge, told in the Coen brother’s trademark gorgeous cinematic style. The western landscapes are breath-takingly shot, the build up to the climactic showdown is tense and the gun fight action is suitably fast and furious. This is a classy film that doesn’t rush the plot, lets you get alongside the characters to the point where you become fully invested in their plights and as such is an absolute joy to watch.

Steinfeld is an amazing young actress who makes the lead role of Mattie her own – determined and no-nonsense she is a powerhouse that matches Bridges excellent Cogburn blow for blow. The bond that grows between these two unlikely allies is powerful and shows that despite the differences to their age and backgrounds – they share a core understanding of honour and justice.

"Hailee Steinfeld as Mattie Ross"
Also along for the ride is La Boeuf (Matt Damon) a Texas Ranger who is tracking Chaney down for his own reasons. He brings some comic relief which helps break up the stark manhunt dynamic and is much better than Glen Campbell was in the original.

As the heroes close in on their target and it looks like Cogburn will have to ride out against at least four gun toting crooks, you’ll be right behind him – reins in your mouth, a gun in each hand!

True Grit as a stunning film, by far the best Western for many a year and a fantastic exercise in gun-slinging, rootin, shootin action. You’d be a fool not to saddle up and mosey on down to Cineworld to check this at your earliest convenience.

Babes öö – Steinfeld might be cute in later life

Spiritual Enlightenment öööö – justice comes one way or another
- - - 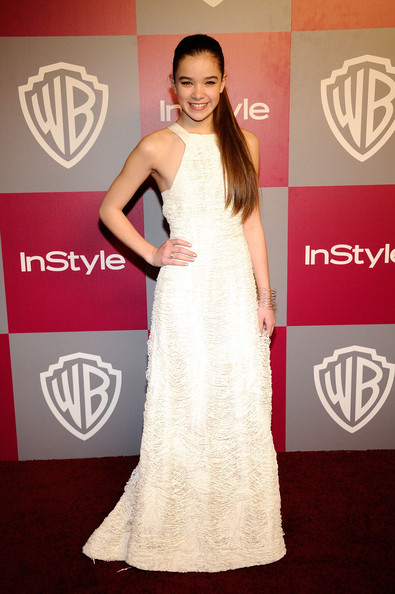