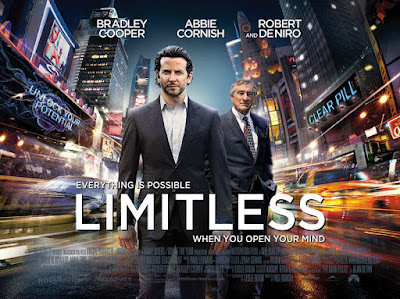 I’m told that the average movie goer only uses 20% of their brain when experiencing a film.

‘Limitless’ however brings experimental drug NZT to the table - a drug that allows people to use the full 100 percent of their mind for films or absolutely anything. Recorded side effects however include scorching of the pleasure receptors as a result of witnessing such a delirious action thriller head-trip.

Imagine the possibilities if your whole brain was yours to command? How about being able to remember in detail everything you had ever seen or heard… and be able to implement that knowledge effectively at will. E.g. If you need to know how to fight – the moves from every action film and computer game you’ve experienced will be yours. Want to learn a new language? It’ll take you about a day. Looking to write a novel? Four days maximum for a masterpiece… 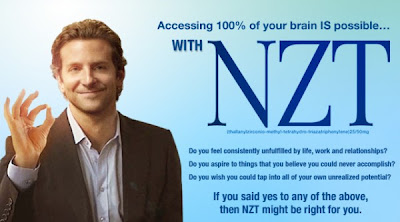 "Don't do drugs kids!"
This is the world of Limitless from director Neil ‘The Illusionist’ Burger. It is the tale of struggling writer Eddie Morra (Bradley ‘The Hangover’ Cooper) who gets dumped by his girlfriend Lindy (Abbie ‘Sucker Punch’ Cornish) for being a chronic loser.

Everything changes however when Eddie is offered NZT - a designer pharmaceutical that makes him laser focused and more confident than any man alive thanks to it freeing up 100% of his brainpower. Within days he has shot to the top of the financial world, making millions on the markets and his new high profile draws the attention of business mogul Carl Van Loon (Robert De Niro).

Things get out of hand when the brutal side effects of NZT kick in and jeopardise Eddie’s new untouchable ‘limitless’ lifestyle. Then he discovers that people will do anything to get their hands on the drug and that his life is in danger.

Limitless brings a delicious dark vibe that echoes David Fincher's zeitgeist riffing Fight Club. The idiom from Spiderman that ‘with great power comes great responsibility’ is lost on Eddie as he recklessly parties with his new found powers.

The cinematography is excellent – all blue-grays when Eddie is pre NZT (or when he comes down) and lovely golden glow when the drug is in effect. If there is a weak point it is probably De Niro who sleepwalks through his part but Limitless blasts along at such an agreeable rate that you’ll be tripping too much to be brought down by one poor performance.

Limitless is an awesome thrill ride that you should seek out and get a hit of ASAP!

Out of a potential 5 you have to go with a Darkmatters:
ööööö

Spiritual Enlightenment ööö – if God gave us brains, why not use em?

Second opinion - try Hollywood Reporter who said: "He’s a mega-brain on steroids, a Superman for the Information Age. He is also a comic reflection of a cultural shift in American perceptions of masculinity that is beginning to value a Bill Gates or Steve Jobs more than a Kobe Bryant or LeBron James." 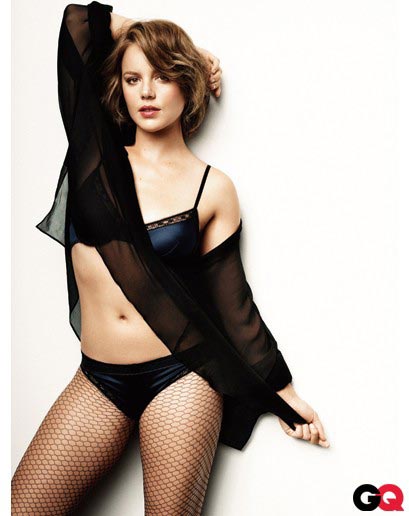