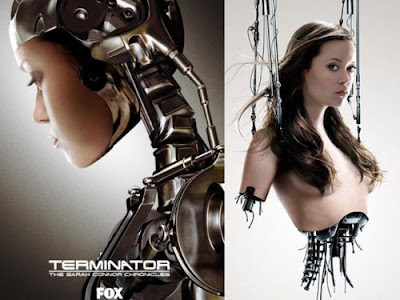 "I was hoping for one of these Terminator models for my B'day!!"

I've always been a big fan of the Terminator films (I even kind of enjoyed the weak part 3), you know I can still remember the balmy afternoon that my school pal Mike and I stumbled across the original 18 rated masterpiece on VHS back in 1984 – yep we were 13 and to us this was the best film ever made…

Fantastic special effects, a decent script – especially the Terminator’s response repertoire – and kick ass action violence… these things can have a lasting positive impact on young lads whatever the media currently says!?

So it was with a sense of hope that I approached the Sarah Connor Chronicles, hope boosted by the fact that it starred Lena ‘300’ Headey in the SC role and one of my major film actress crushes Summer ‘Firefly and Serenity’ Glau as sexy new terminator ‘Cameron’.

The pilot plot is something like this: Sarah Connor is on the run with her 15-year-old son John from another Terminator (who looks like a bargain ebay version of Arnie) from the future and still trying to stop the rise of the machines. The mother / son antimachine warrior duo turn up in a small town in New Mexico where school class hottie Cameron turns out to be a protection orientated terminator – handy huh!?

There are the obligatory doofus FBI agency hacks are on their trail and it all kinds of kicks off nicely!! The effects are good, the acting passable and the plot nicely tied into the first two films.

I’m already completely in love with Cameron too – so will be watching avidly as the series grapples with the problematic timeframe / plot of fitting in between T2: Judgement Day and T3: Rise of the Machines.

Mind Blight / Boredom: ööö (3)
- Creaks a little but think things will hot up.

Liable to make you:
"Start saving for your own future Cameron model terminator!!" 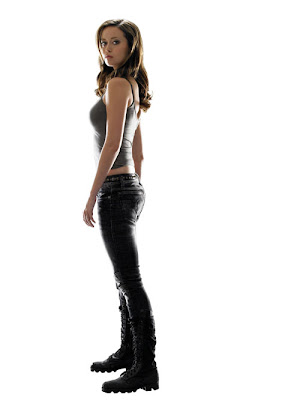 "secret terminator weaponry extends to having a cute butt!" 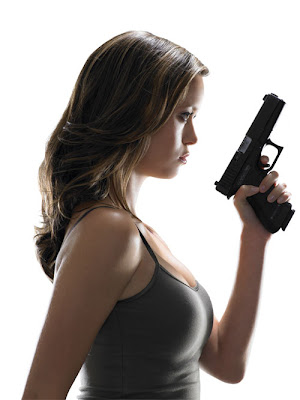