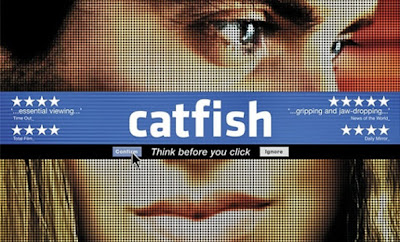 My name is Rachel, I’m a sexy young babe with a hot body and naughty mind… I’d love to be your facebook friend and send you some great pictures of myself!? Tell me what you’re into, where you live, maybe we could meet up, I know you want to at least ‘poke’ me, surely it would be rude not to? 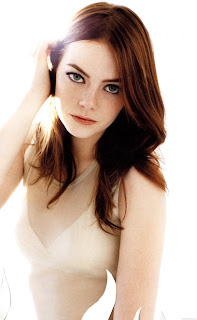 "'Rachel' - who looks a lot like Emma Stone"
Of course none of the above is actually true (apart from the hot body bit LOL) but thanks to facebook there’s nothing stopping me pretending to be ‘Rachel’ if I choose to and you might well have become my facebook ‘friend’… In fact I could have created a whole raft of alternate personalities on facebook – all linked to each other and interacting across the virtual social network.

Catfish is a thought provoking documentary which follows Nev Schulman - a New York photographer who strikes up an unlikely facebook friendship with an eight year old girl named Abby who has some artistic talent and likes to paint paintings of Nev’s photographs.

Nev’s brother Ariel Schulma and his friend Henry Joost are the filmmakers here and their documentary records how the virtual friendship between Nev and Abby grows. Nev gets talking to Abby’s mum Angela and comes across her sexy sister Megan – with whom he strikes up a long distance – social network enabled flirtation.

What at first starts off as a seemingly harmless and interesting set of new contacts for Nev, spirals into something a bit more worrying when cracks and inconsistencies begin to raise doubts in Nev’s mind as to who he is actually in contact with.

Catfish is a brilliant and compulsively watchable cautionary tale – which leaves viewers asking “just how well do you know your facebook friends?” Nev makes a good everyman hero – and his Scooby Doo style investigation with his pals into who or what he is virtually involved with in Abby, Megan, Angela and their increasingly diverse circle of facebook ‘friends’ makes for good viewing.

Needless to say that all is not quite what it seems but I won’t spoil the rest of the plot for you as it works best when you don’t know what to expect. The cinematography is of the shaky cam Cloverfield style – recently employed so well in The Last Exorcism. The filmmakers keep the narrative of their documentary ticking along so that you don’t have chance to get bored during the slow build up as you’ll really want to see how it ends.

There are some places where the film could be accused of exploiting real people’s lives (if in fact this is a ‘true’ as they’d have you believe) but the fact is that you’re likely to come away from Catfish having been moved and challenged – which are reactions that only the best films really accomplish.

Catfish is the perfect flip side to the big budget The Social Network, it seems that Mark Zuckerberg has a lot to answer for, not least empowering people to lead virtual lives that may not actually be rooted in reality. Recommended viewing for every facebook user in your life!

Out of a potential 5 you have to go with a Darkmatters:
öööö
(4 – a carcrash spectacle of eyewatering social interaction)...