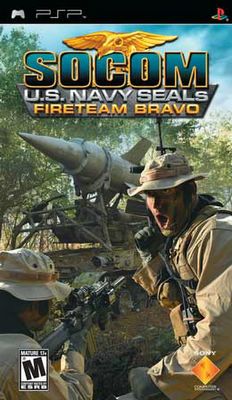 After that unfortunate incident with the uzi 9mm and the packed commuter train, I've been ordered to seek 'blood lust therapy' and as luck would have it - SOCOM: Fireteam Bravo came out on the PSP in the UK yesterday!

So now on my way home from work, the only people I'm shooting are rogue enemies who have been deem hostile by the U.S. government - so no real change there then.

Fireteam Bravo is SOCOM on the go, it's a little rougher graphically - see below - but it delivers all you could want in terms of gameplay and is one of the best shooters on the PSP. Missions a nice and varied, a new 'lock on' system makes it all bit easier (good when you just need a quick hit - and you don't have to use it when you want to 'hunt' enemies)...

Have been merrily blowing people away now for hours and hours, this is an addictive little package and even better over the web or wireless connection - it comes with a nifty head piece into which you can scream abuse like 'see you in hell mother...' at the other human players (not advised on a packed commuter train!).

You can even link to your PS2 via USB and share stuff with SOCOM 3, which is a nice little bonus.

Darkmatt Rating: öööö (kill kill kill, then have a nice cup of tea) 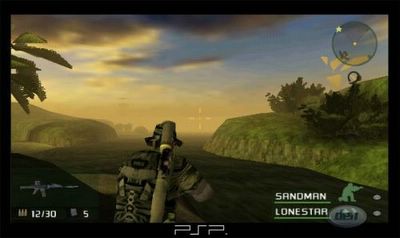 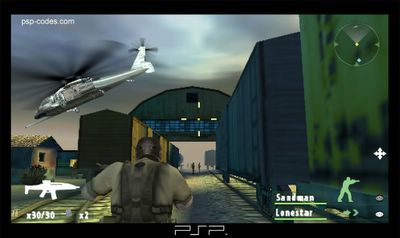 "all guns blazing, against a helicopter gunship?"

"Welcome back Miss Croft... looking very good if I may say so?"

The "Screenshot" you have posted of the PS3's tomb raider, is not a screenshot at all. its just a picture of the real life model they used to model the new looking character after. The ps3 version will look just lik the xbox360 version.

Oh mak10 - i think you missed the "*not really" bit of the post!! It was a joke...
But surely only one of Bill Gate's closest lovers would have faith that the 360 could hope to match the shiny PS3 when it comes out this year?
I guess we'll see...