Was Jesus a Jedi? 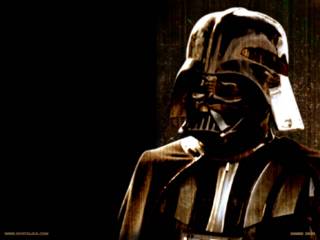 TWO DAYS... The clock is ticking down to the London press screening of Revenge of the Sith and I'm almost too excited for words...

Everything is prepared - cool Vader shaped tickets have arrived, travel details planned, close pal who appreciates films (and who's a bit of Star Wars non believer invited to share the moment)... Cue lots of opportunity for me to repeatedly say to him "I FIND YOUR LACK OF FAITH DISTURBING!!"

Anyway, whilst surfing the early US reviews I came across some vaguely interesting stuff on a Christian website - here's a couple of extracts:

"Shortly before the release of Phantom Menace, there was a survey of 16,000 15-34 year olds in which they were asked to identify their hero. The results were:
Luke Skywalker
Jesus Christ
Michael Jordan
Martin Luther King, Jr."

If you like that sort of stuff you can read more of it here: http://www.faithstreams.com/sites/star-wars.htm

And if you were wondering about the title of this post - No, Jesus wasn't a Jedi (He didn't tap into some universal force, he was and some would say still is The Force)... Still, can't help thinking that if He'd had a light sabre it might have made the Passion of the Christ a bit more exciting!?

Look out for my Star Wars Episode III: Revenge of the Sith review on this blog early next week (you can choose between SPOILT ROTTEN or UNSPOILT BY PROGRESS versions)...

hope the film is great Matt. Would love to know what you think as soon as you have seen it. Maybe a mini review for FoolishPeople. ;-)