Still looking back and remembering the media that made leisure time such a joy...

I'm going for a traditional 'best of' list - all of these are shows that you really should seek out!! 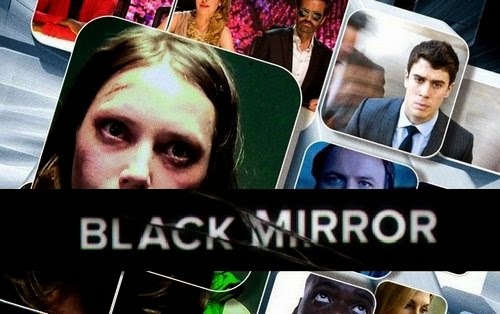 Super dark drama from the the twisted genius mind of Charlie Brooker... Approach with caution and be prepared to be challenged, engaged and disturbed!

Back for more conspiracy geek empowering ultraviolence and cutting edge paranoid thrills... The Network is still watching, be afraid... 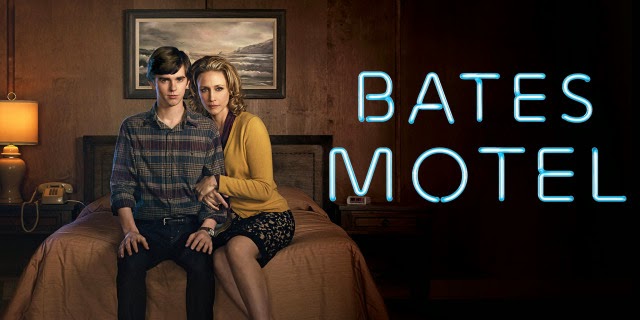 You don't have to be mad to enjoy this psycho-em-up tale that riffs Twin Peaks vibes and delivers a superb prequel (although set in modern day) to the all time classic Hitchcock chiller. 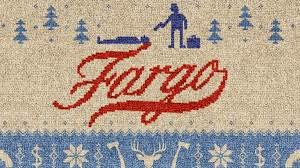 Best logo of the year is backed up by a fantastic darkly comic crime and punishment tale that is worryingly based on real events. Billy Bob Thornton stole the show as the unstoppable force of darkness!

Speaking of darkness - my favourite tag line for TV show last year came from the awesome True Detective: 'Touch darkness and it touches you back' - the entire season dripped class, menace and compulsive thrills.

Honorary mentions - all of which are superb:
Game of Thrones (still amazing and life eating), The Walking Dead (still delivering big time thrills), American Horror Story (scariest thing on TV), Dr Who (Capadi is making amends for the weak Matt Smith years) and Gotham (which am hoping really find its tone and go all 'Dark Knight')!?

OK over to Tom to see what his top shows were...

Progressing from sidekick to host of his own show, the English comedian John Oliver has very quickly become the voice of reason in America. Tackling various topics from corruption in FIFA to Miss America to Drones to Dictators, there is seemingly no topic that Oliver is afraid to tackle. It also helps that his show is incredibly funny and sharp. With no greater powers to adhere to, it appears that nothing is out of his reach, and hopefully - if the world starts listening - we’ll all be a lot better off. Indeed, if there was an award for ‘Man of 2014’ John Oliver would proudly be standing on Matthew McConaughey’s broken body.

Here’s one of his best clips:

What hasn’t already been said about True Detective? With career best performances from Harrelson and man of the moment McConaughey, True Detective spanned 20 odd years of two detectives trying to solve various cases of murder. A spiralling plot that includes the occult, betrayal, affairs, friendship and breakdowns, and set amongst the suffocating backdrop of Louisiana (remind me never to travel there after seeing this) it was the best original series on TV this year.

It also included this one-take scene which is without doubt the most impressive thing seen on ANY screen this year:

- the good folks at HBO don't allow embedded clips but you can watch it here:
https://www.youtube.com/watch?v=eVK_scFlCHg

An unexpected hit - this reworking of the Coen Brothers classic managed to define itself enough that it really ended up just sharing a title and setting. Less of a TV show and more of a ten hour film, it featured superb performances from Martin Freeman and Billy Bob Thornton in particular.

It also had this badass sequence:

Is it ok to like a show that seemingly the whole world is watching? Well when a show has boobs, dwarfs and dragons - what do you expect? Let’s just hope that winter finally turns up next season.

One of the funniest, cringeworthy, heartbreaking and most intelligent TV shows out there - Louie is quite simply genius. Not as well known in the UK, if you’ve never seen it, then you owe it to yourself to experience it for the first time. With 14 episodes of a developing story, Louie is quite simply better than all the other comedies you’ve been watching. It’s also deep, thoughtful and not afraid to go to places that other shows wouldn’t dream of delving into.

Check out this scene if you don’t believe me:

Much like Game of Thrones, it appears that everyone has been watching this show over the years, and 2014 was a good year for our band of zombie apocalypse survivors. Spending most the show wisely attempting to get the group back together, and featuring a fair amount of dramatic deaths to keep things tense, Walking Dead has now created its own journey from the comic book. It cleverly builds on the idea that all characters are expendable and vulnerable. Frequently tense and often brilliant.

Did you watch the Christmas special? It was another brilliant dark tale of technology and our inability to connect with one another. Well played Charlie Brooker. Well played.

Biggest Disappointment: How I met your Mother Finale

After so many years of waiting to see who the mother is they only go and ****SPOILER****
... kill her off!! Reducing years of character development, character growth and progression to pretty much nothing. The decision to get Ted and Robin together - even though they’d spent 9 seasons proving why that wasn’t a good idea - pretty much undermined all the good work previous. HIMYM will now forever be remembered for starring in ‘Worst Endings to Shows Ever’ lists.

Check the Darkmatters list of TV Shows To Look Forward To In 2015: HERE