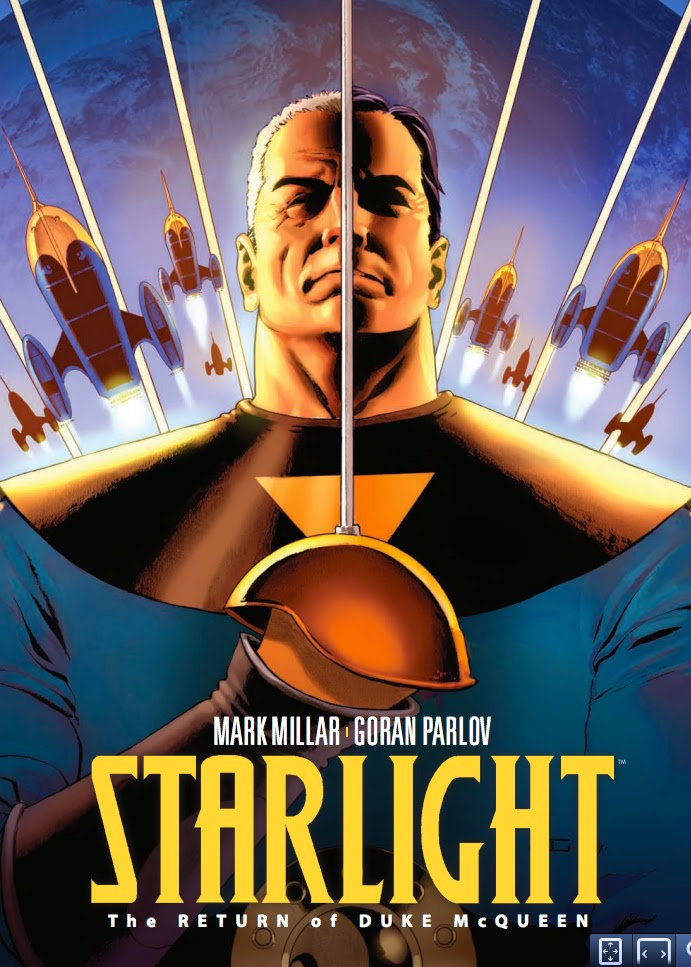 “It means A LOT when people have a little faith in you. Especially when you’re OLD and all WASHED-UP...”

No – that’s not a middle aged Darkmatt cry for help – this is dialogue from Mark ‘Kick Ass and Kingsman: The Secret Service’ Millar’s Starlight – a reverent homage to the classic sci-fi-em-ups of Flash Gordon, Buck Rogers and Dan Dare. 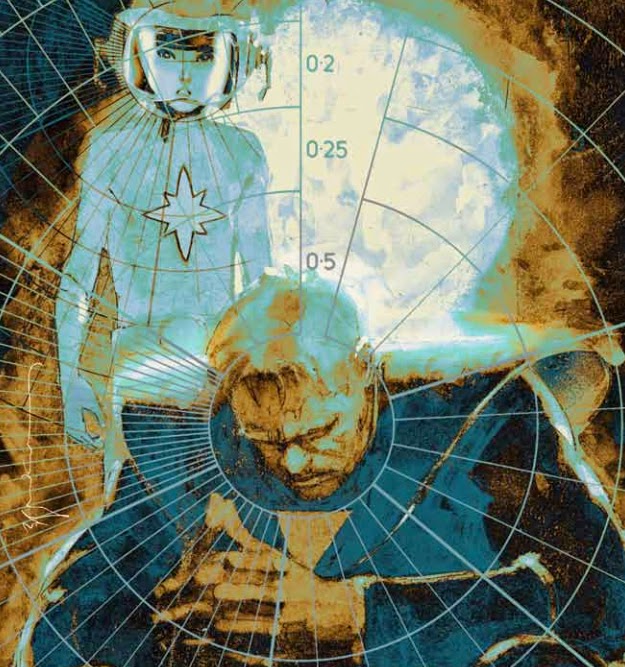 "Space Boy is a decent sidekick"

Millar is a master of taking well-worn plots and injecting new life into them – and here he delivers a rip roaring 6 part comic book series, now collected into a handy graphic novel format. The plot sees aging earthman Duke McQueen (who saved Tantalus - an alien world - from terrible destruction) called out of retirement to return and try to save his space pals once more. You see dastardly Lord Kingfisher and his army has enslaved Tantalus and is busy conducting marshal law and slavery (kinda like the Egyptians in Exodus).

So can McQueen rise to the challenge, defeat an entire army and liberate his adopted people? It won’t be easy because back on earth, nobody except his wife even believed that he had ever been to space, let alone been a world saving hero. 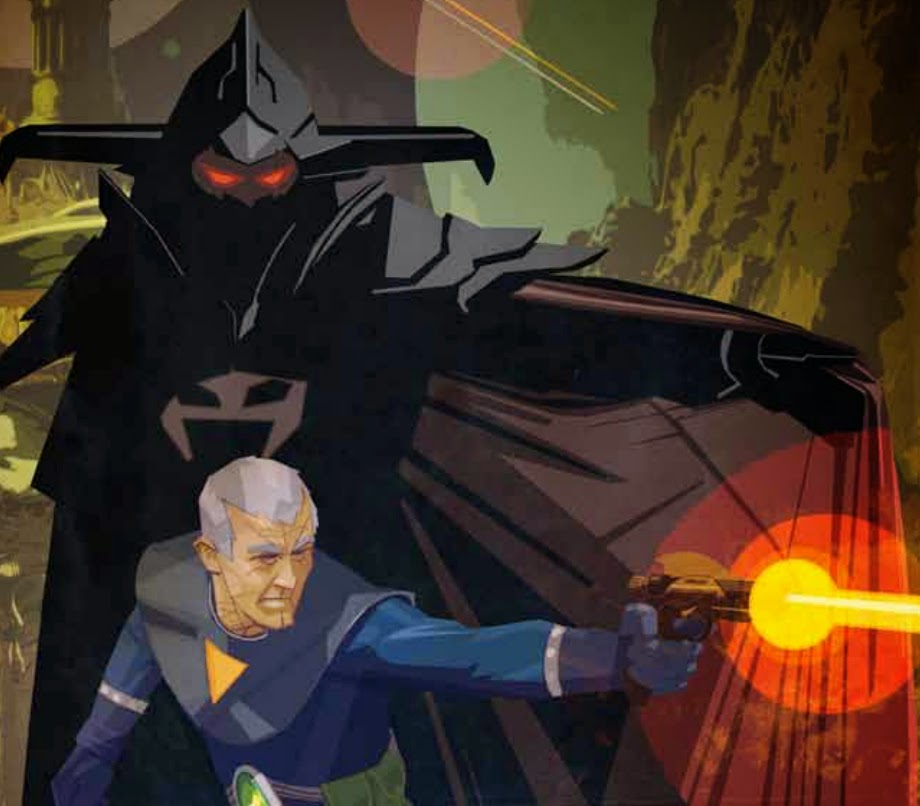 What elevates Starlight above being a routine ‘me too’ sci-fi adventure are a multitude of nicely judged scenes – I was moved by McQueen grappling to try and be relevant to his own grown up kids.

Starlight rocks an emotive and accessible art style by Parlov which perfectly captures the violent action and the emotions around it. This collected edition also includes the excellent 'alternate covers' which effectively showcase the characters and artwork.

There is much to love in Starlight, which is obviously a view shared by Fox Movies who are in production of a film version!

Pre-order your copy of Starlight at: Amazon

Get excited for Mark Millar's KINGSMAN - check the trailer here: