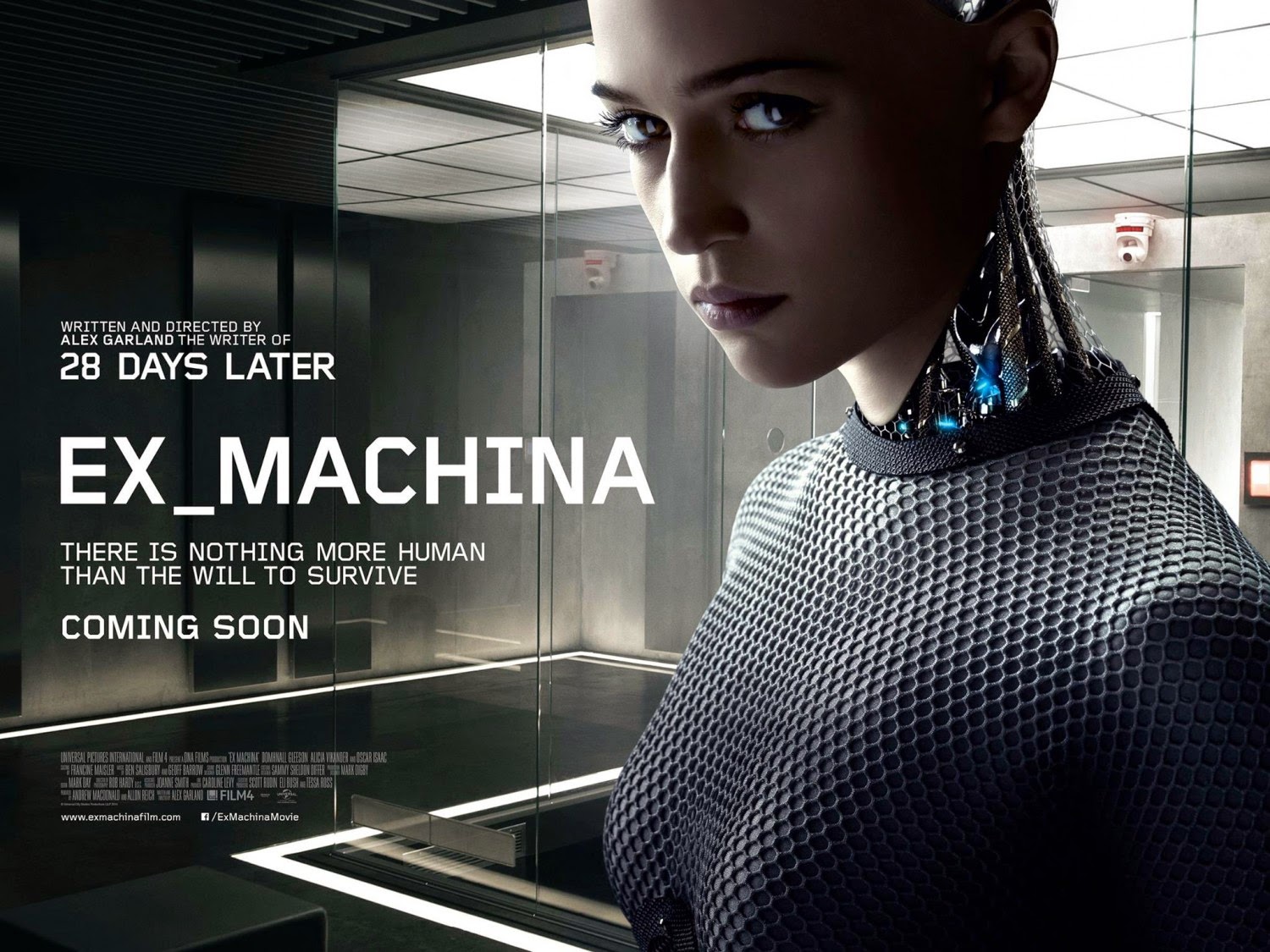 EX_MACHINA or as I’d call it ‘Do Girl Androids Dream of Human Boyfriends?’ is a superb cyber-thriller from the mind of Alex Garland, writer of 28 Days Later, Sunshine and Dredd.

Here Garland makes his directorial debut with an extremely stylish and slightly cerebral tale of young Caleb Smith (Domhnall Gleeson), a programmer at the world’s biggest internet-search engine Blue Book (think ‘Google’ on steroids) who wins a competition to spend a week at the private mountain estate of the company's brilliant and reclusive CEO, Nathan Bateman (Oscar Isaac).

Caleb though is asked to take part in a real time ‘Turing Test’ (as in Alan Turing from The Intimidation Game) – his task is to meet Ava (Alicia Vikander), a new form of A.I. – shaped like a beautiful woman, who just might be the first ever robot to have real emotional intelligence…

Things might not however be all they seem and a sense of vague menace grows the more you witness of EX_MACHINA. The film demands that you pay attention, although Ava is hard not to be completely entranced by – Vikander is excellent even if much of her is state of the art visual effects. Ava gives nuanced looks and subtle hints that make her the most captivating A.I. ever to hit the big screen and it’s no wonder that Caleb begins to develop real feelings for her.

I was fairly smitten by Ava, but do we biological beings ever really stand a hope of understanding the pure clinical mind of a machine? Or as the excellent film ‘Her’ examined – can we humans hope to actually have relationships with virtual beings whose intellectual capacity far exceeds our own?

What really makes EX_MACHINA stand out though is that it is very clever, and it’s darkness will mess with you psychologically as the interactions of the three main characters lead to a startling climax.

The tech on display here may be wish fulfillment at the moment, but as anyone who’s played Halo and ‘met’ Cortana will attest, having a companion A.I. on hand can be extremely useful.

EX_MACHINA feels like an extended sci-fi movie version of Charlie Brooker’s Black Mirror – which is a high compliment. A must see film for those who like their thrillers high tech and packing a brain (or an A.I.)!?

Spiritual Enlightenment ööö – will an A.I. ever worship? 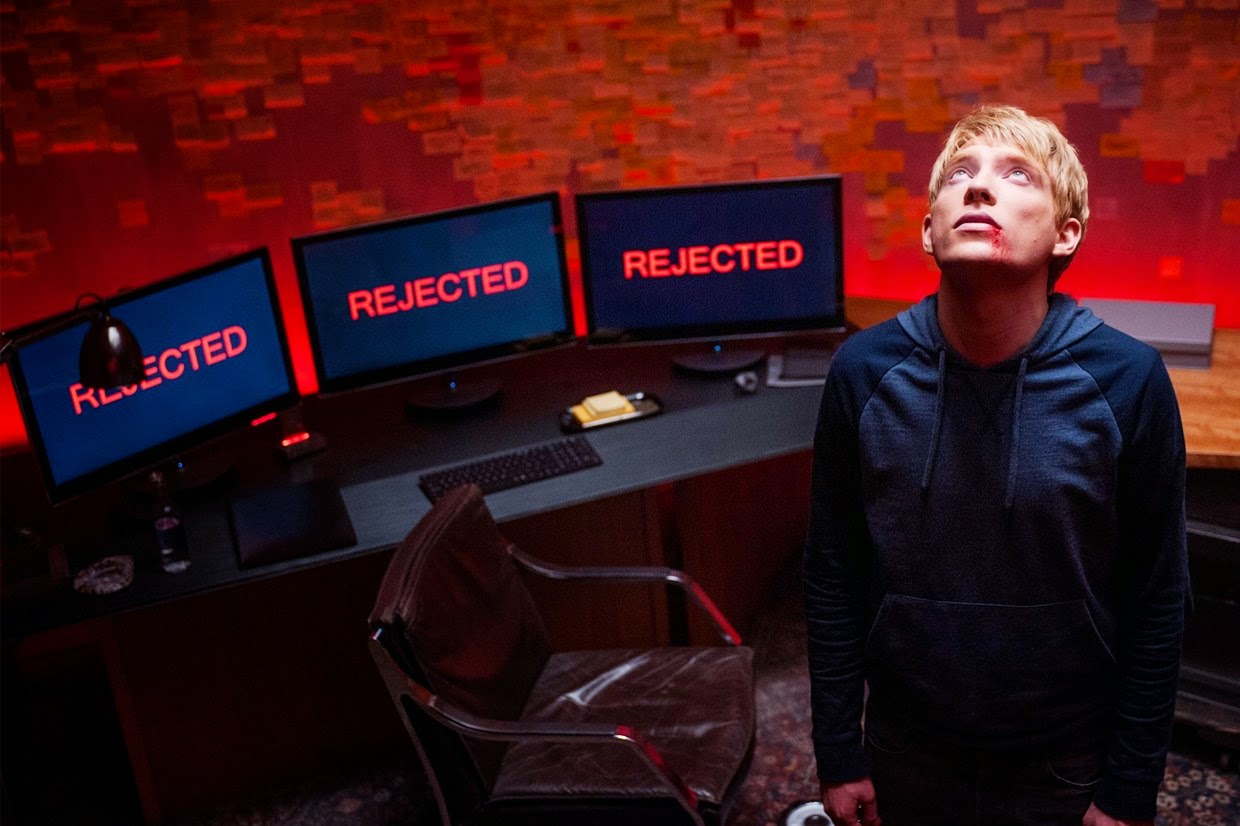 "bad day at the office" 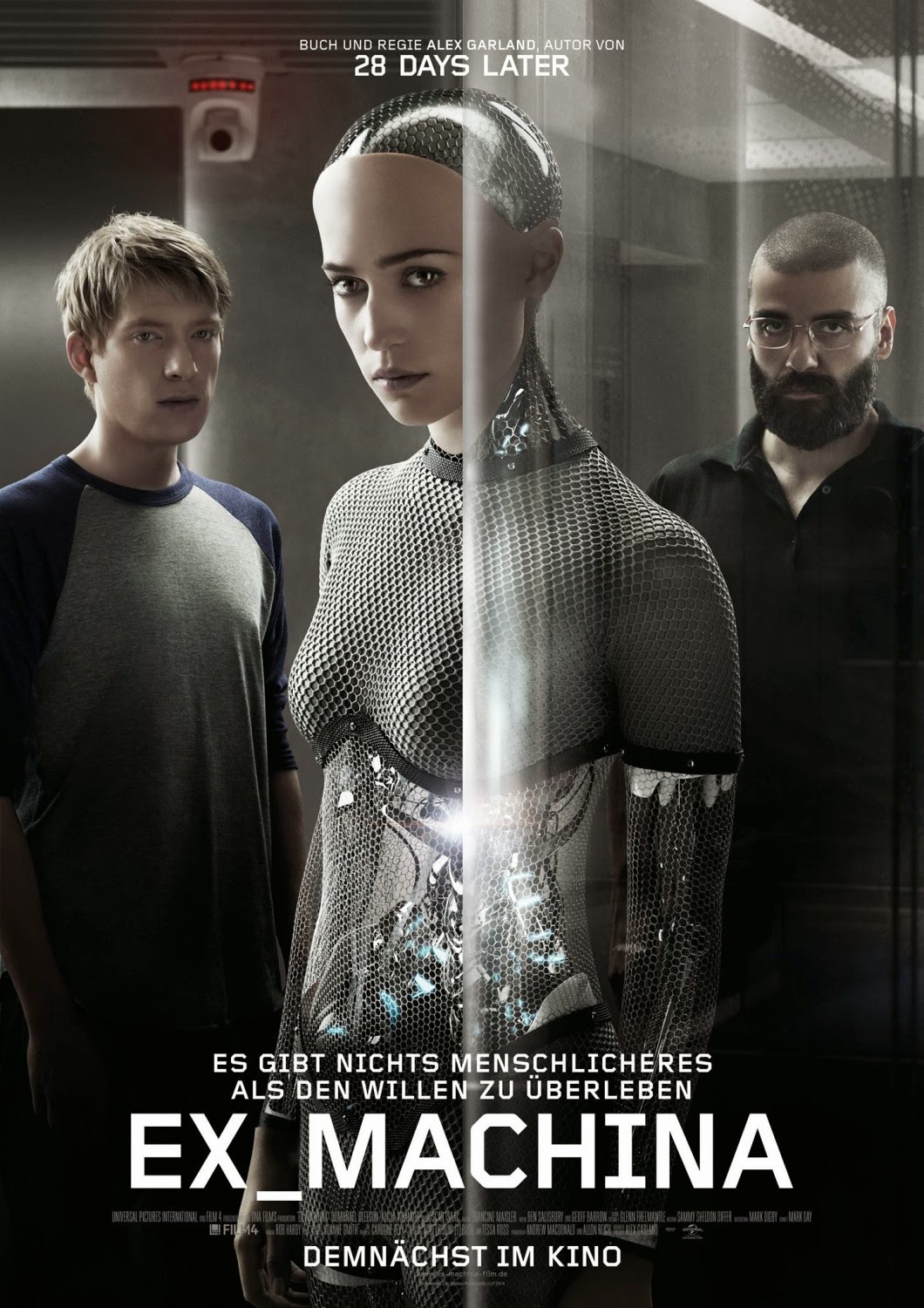