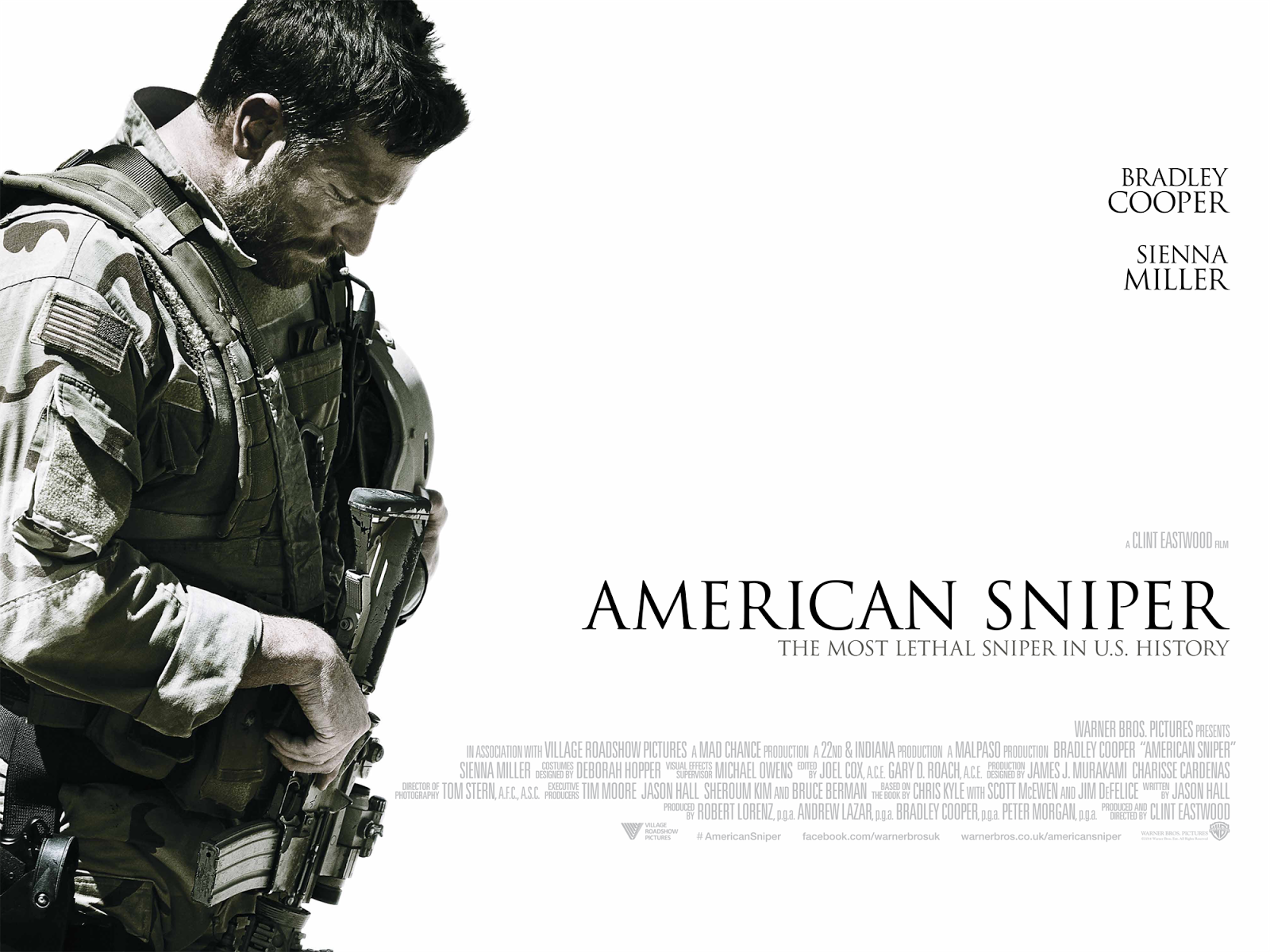 Read the newspaper version of this review over at: The Bucks Herald

“There are 3 types of people in this world. Sheep, wolf and sheepdogs.
If hatred appeared at the door of a sheep they would not know how to protect themselves.
The predators use violence to prey on the weak. They are wolves.
Then there are those blessed with talent and aggression to protect the flock.
They are a rare breed, they are sheepdogs…

We do not raise sheep in this family.”

Oorah for American Sniper – a powerful autobiographical big screen account of Chris Kyle who became a legend during his four Navy SEAL tours in Iraq where he was credited with over 160 kills. Director Eastwood certainly knows a thing or two about depicting (and playing) alpha males and here he gives admirable time not just to the intense battle situations but also to the formative experiences and the costs on Kyle and his family in the aftermath.

From the very first moment American Sniper grips and induces a state of shock and awe as the bullets fly but more than that, it skillfully makes you care about the lives of those whose experiences we are sharing. By ‘humanizing’ the soldiers on the front line and showing their lives outside of the war where they have families and day-to-day issues to deal with, the filmmakers manage to really put the viewers into the patriotic sandy boots of the US soldiers.

This is impressive cinematic warfare writ large, the plot looks beyond the politics, much like last year’s frenetic Lone Survivor mixed with The Hurt Locker. Sure the lives and experiences of men of war has been done many times but American Sniper is a class act, thanks in no small part to the incredible performance of Bradley Cooper in the lead role. Nominated for ‘Best Film’ and Cooper for ‘Best Actor’ at this year’s Oscars - this is a film that demands to be seen – whatever your thoughts and feelings about the Iraq war. 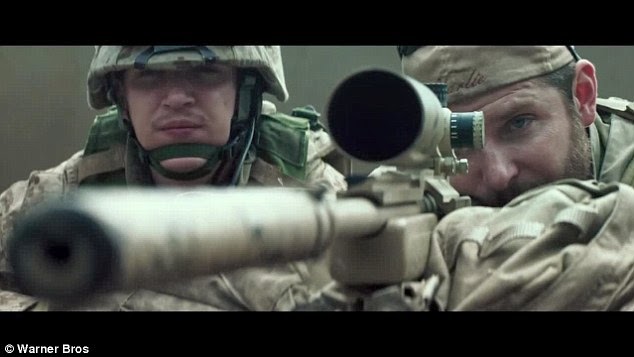 The climax sees Kyle going head to head with a fearful Syrian enemy sniper who is worthy nemesis as he crosses paths with the US sniper at several points and leaves dead marines in his wake - the showdown is almost unbearably tense.

American Sniper was made in consultation with Kyle’s wife and she is portrayed with real heart by Sienna Miller who is a beating heart behind the unstoppable killing machine of her husband.

If you see one war film this year, American Sniper should be your choice, this is a vivid, hard hitting cinematic experience that deserves a wide audience.