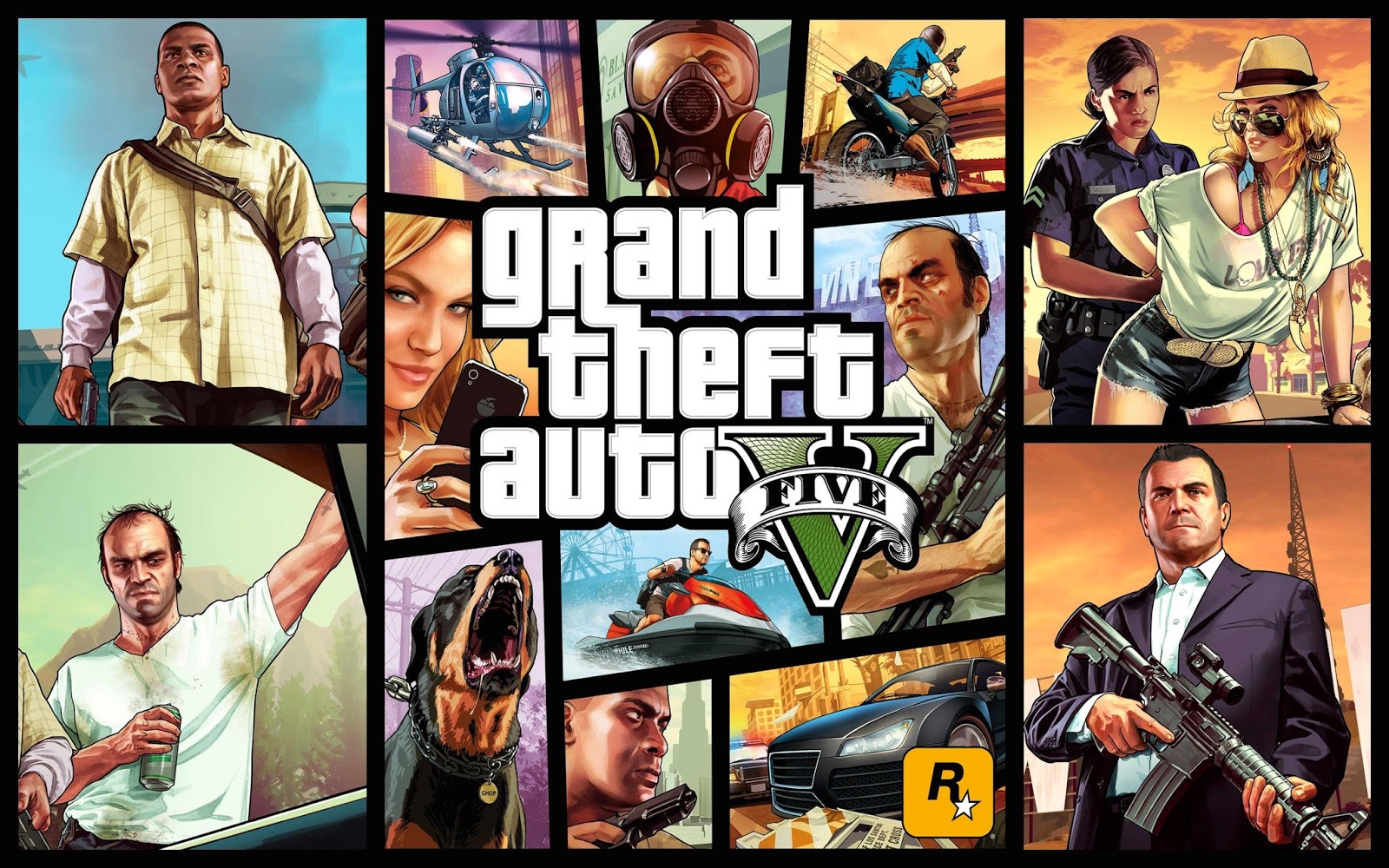 It’s a good time to be a video gamer… The PS4 (and to a lesser extent the Xbox One) have been delivering some superb games – the ‘next gen’ is well and truly here, the PC is still delivering and even the trusty Wii U, PS Vita and 3DS are all home to some excellent games.

You’ll forgive me therefore if I do go ahead and suggest that while 2014 was a good year for games, it wasn’t a great by any stretch of the imagination.

As an avid gamer (and a bit of a whore when it comes to owning consoles - no real allegiances here - I also include iPad and iPhone games in this list) I pride myself on my lack of human interaction and skills of staring at a TV for most of my free time. I must also confess that in a move against current trend, I am still very much a solitary player. I like being online, indeed I like downloading games online - but I am not particularly a fan of playing against other people I can’t see. Yes I am partial to losing a game of FIFA to a random 11 year old in Japan every now and then (headset turned off though so I can’t hear their taunts), but for me, the single game experience will always be what turns my head and gets me excited about playing a game. So… with all of that pretentious ramble in mind, here are the the top ten games that I enjoyed playing most this year:

I must confess that I do not own this game due to me not falling foul to an impulse buy and grabbing a Wii U yet (something that is becoming harder to resist now that the first-party games are arriving in their droves) BUT I have enjoyed playing a large amount of Mario Kart this year on a friends console - and it’s rather brilliant. It hasn’t changed much over the years, but it’s still the best racer out there for sheer fun, and it's a wonder that none else have ever come close to matching its brilliance on Playstation or Xbox.

A reboot of the PC classic (and we allow reboots and rereleases on this list) Rebirth sees Isaac being chased by his mother (!!) and a whole host of nightmarish ghouls who are intent on killing him. A top down RPG with a lot of replay value that looks and plays superbly.

A puzzler with quite possibly the most sincere heart you’ve ever encountered in a computer game. Simple in its output, yet incredibly effective, Valiant Hearts is a superb attempt to convey some of the horror of WW1 through various characters. It’s not only informative (it’s a semi-educational game by the time you’ve finished it and read all the information) but it taxes the brain in all the right ways. Gorgeous animation help make this a package well worth searching out in the many game sales around.

Another year, another FIFA (feel like I’ve written that before…) and guess what? There are improvements over last year! With individual players now appearing more and more like their real life counterparts in both looks and performance, FIFA continues to be an incredibly appealing package that looks and plays brilliantly.

What seems like a simple Smash Bros knock off quickly becomes a strategic fight to the death with the other 2d competitors on screen. With only 3 arrows to fire and the ability to jump on your opponents head to defeat them, Ascension is a multiplayer dream (and rather good in the single player too) and one that will lead to many a curse word being shouted at the heavens. Deliciously simple and infuriatingly addictive.

The best traditional platformer this year, Shovel Knight is an instant classic action adventure game. With characters worth playing as (take note Assassins Creed) and a gorgeous 8-bit retro aesthetic - Knight is one of the best games on the 3DS and well worth taking long bus trips just to get the excuse to play.

How hard is too hard? If you’re someone who scoffs at Mothers happily playing Candy Crush and flinging Angry Birds around, Dark Souls 2 may the antidote you’ve been craving. I played this through on Xbox 360 and had more fun that I did on most new generation consoles this year. Oh - and I died. A lot. A vast open work that is begging to be explored, Dark Souls teases you and then kills you immediately. Easily one of the best RPGs of our generation.

Ah - a remake of a PS3 classic - surely this can’t be on this list?! Well tough, it’s my list and The Last of Us is yet to be equalled in its genre on any platform, and so this sweet graphical update is very welcome on the PS4. Even more terrifying on PS4 and with one of the best storylines to play through ever, there are no any excuses not to play it.

Smash Bros was an excellent concept on the N64, and as the graphics have improved and the roster grown over the years and consoles. Smash Bros can now quite rightly make a claim to be the best fighter out there. With both the 3DS version (who said it wouldn’t work on a smaller screen?) and Wii U showing that there are plenty of ideas and Nintendo characters yet to mine, here’s hoping that Smash Bros is around for a long time yet.

But with a rerelease and upgrade for the new generation of consoles, Grand Theft Auto is once again the best game you can buy - anywhere. With an added first person perspective that works well in the shooting sections and shows off the extra graphical oomph nicely (although makes driving rather problematic) GTA is perhaps even more fun to play through on its second run. With a huge variety of things to do, the best interactive world to explore ever and some of the finest single player missions around - GTA quite rightly barges its way into 2014 and becomes perhaps the first game to win Game of the year 2 years running!

Instead of a Top Ten, I actually kinda agree with Tom on that - these are key additions I need to mention: 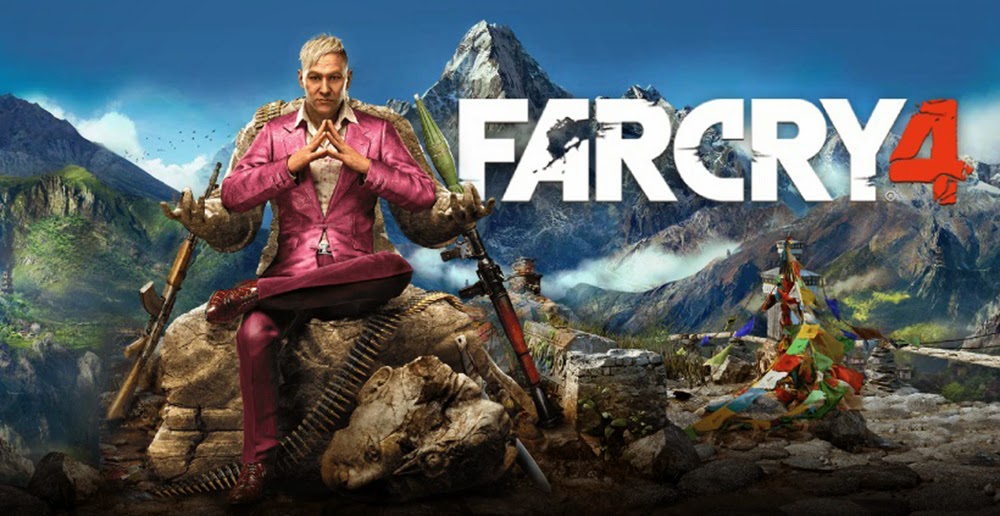 Hidden in the towering Himalayas lies a country steeped in tradition and violence. You play Ajay Ghale, a seasoned adventurous type whose trip to Kyrat - an unpredictable country offering you danger at every turn – goes fully nuts when crossing paths with a psycho dictator. Getting to explore the lush landscape conquering fortress outposts, riding elephants flying in a gyrocopter and shooting pretty much every living thing you meet is grin inducing! The weapons are satisfying and the combat is slick, Far Cry nails the whole ‘shoot-em-up’ experience like no other game this year! 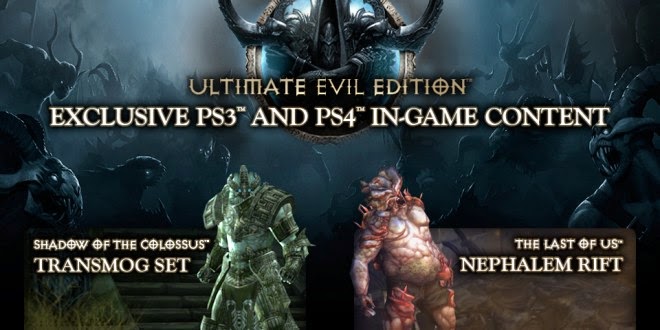 Diablo III: Ultimate Evil Edition gives you six powerful character classes - Barbarian, Demon Hunter, Monk, Witch Doctor, Wizard, or the new Crusader (who is epic) and lets you kick all sorts of ass on a dark journey to save the world of Sanctuary from ancient and sinister forces. The DUALSHOCK 4 controller controls are superb and the custom-designed console interface works a treat (improving on the PC original). Then there are lovely social features, excellent PlayStation only levels like the LAST OF US rift and more tasty destroying of the hosts of hell than you need. Be warned though this is highly addictive (I got so hooked I had to play this all the way through several times to get the fabled Platinum Trophy!?). 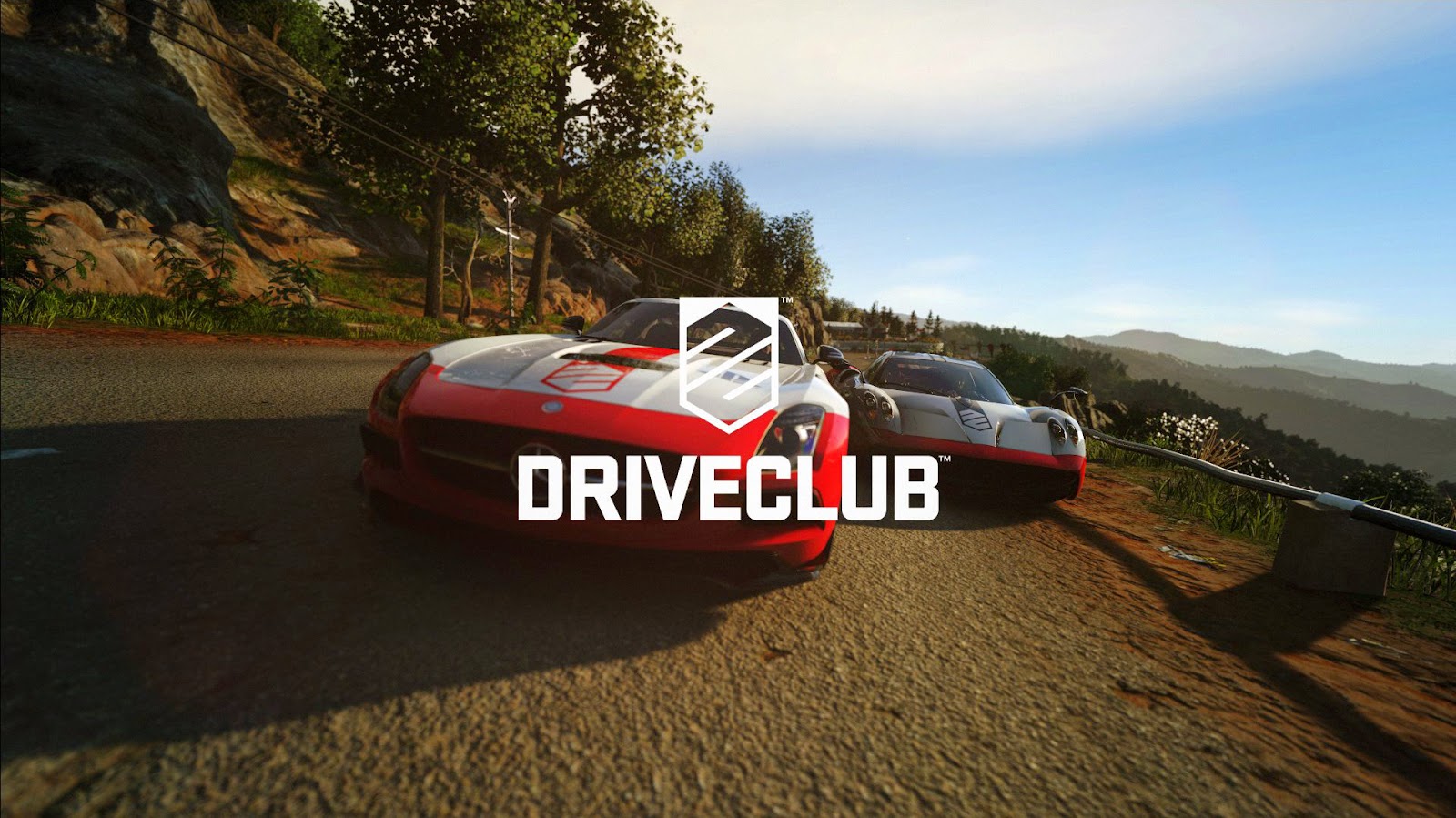 Despite a hugely disappointing launch – Drive Club is actually the best and perhaps only truly ‘next-gen’ racer released so far. The team at Evolution Games made the awesome Motor Storm on PS3 and you can feel their ‘love’ of all things fast and drivable. What Drive Club does best is integrate a fantastic social side – driving as part of a club is fantastic, plus the dynamic weather effects (which look jaw dropping) also change the way the courses handle. This is the best racing experience you can buy to date… start your engines!!

Runner Up Forza Horizon (Xbox One) 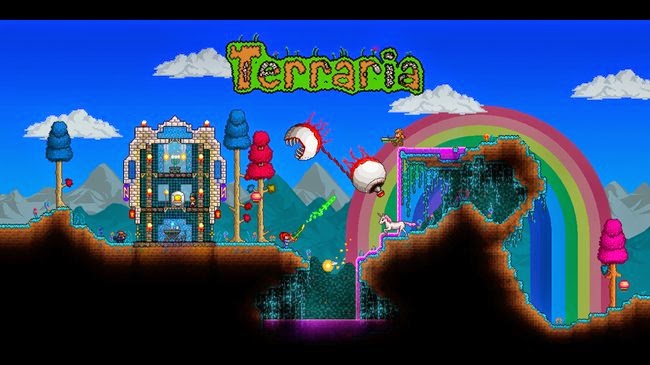 Minecraft’s might be the best known sandbox game it really isn’t the best – Terraria is the slick retro 2D contender that brings awesome amounts of combat and adventuring to your palm. Getting stuck in to the expansive crafting system, tackling the broad range of monsters and building pretty much whatever you want is an absolute blast. The Vita version thankfully doesn't skimp on features, in fact if anything, the controls and cool additions like touch interface make a big difference – it’s smooth and highly playable, in fact having play Terraria on pretty much every platform, I’d pick Vita as the version of choice. 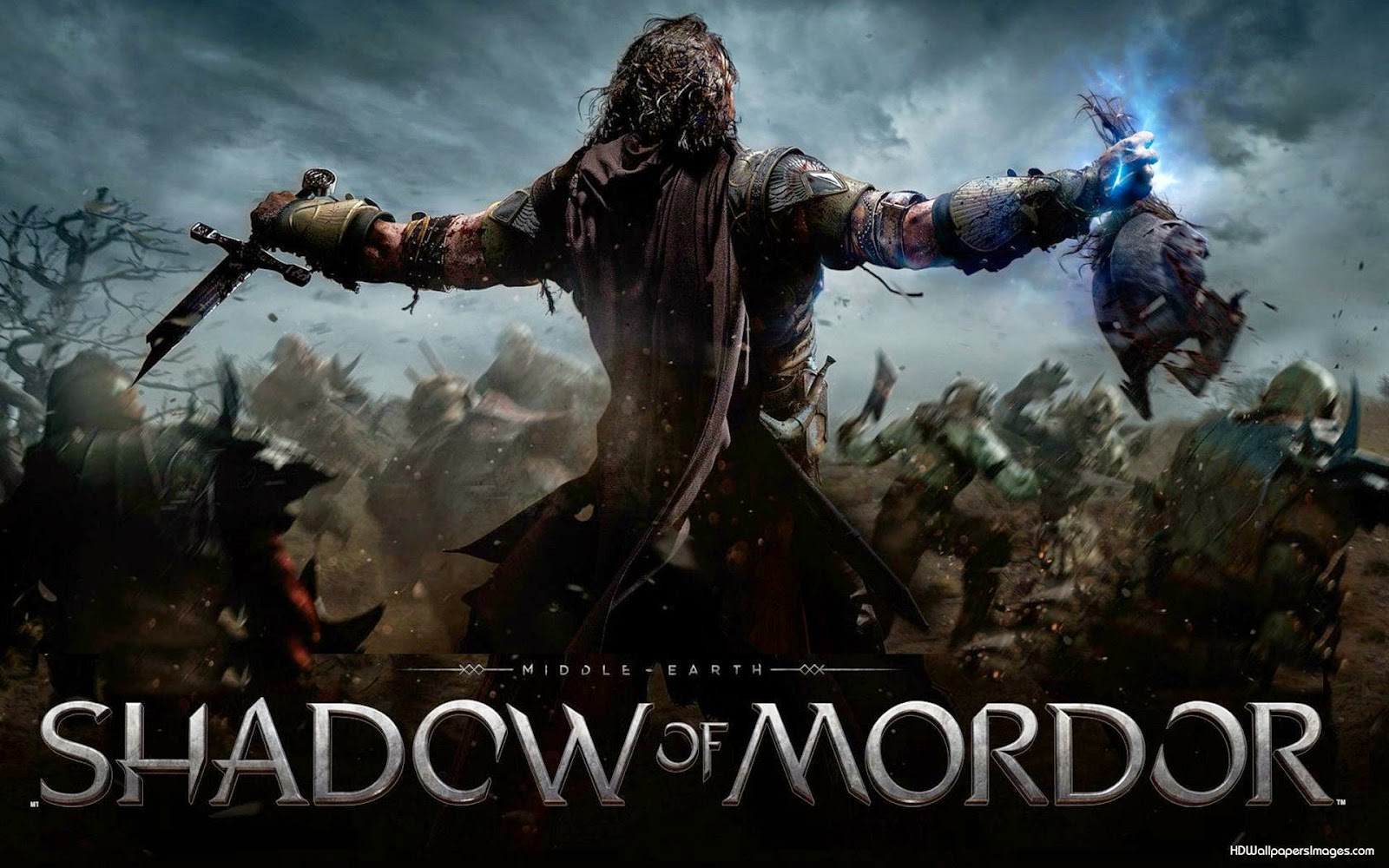 It’s been a while since we had a decent Lord Of The Rings (LOTR) game and so it was with open arms that we welcomed Middle-Earth: Shadows of Mordor – which took Batman: Arkham’s excellent fighting system and fused it with Tolkien’s infamous fantasy-em-up to epic effect! Rising trolls whilst beheading Orks and Uruks has never been so much fun!

Runner Up Injustice Gods Amongst Us Ultimate Edition (PS4) 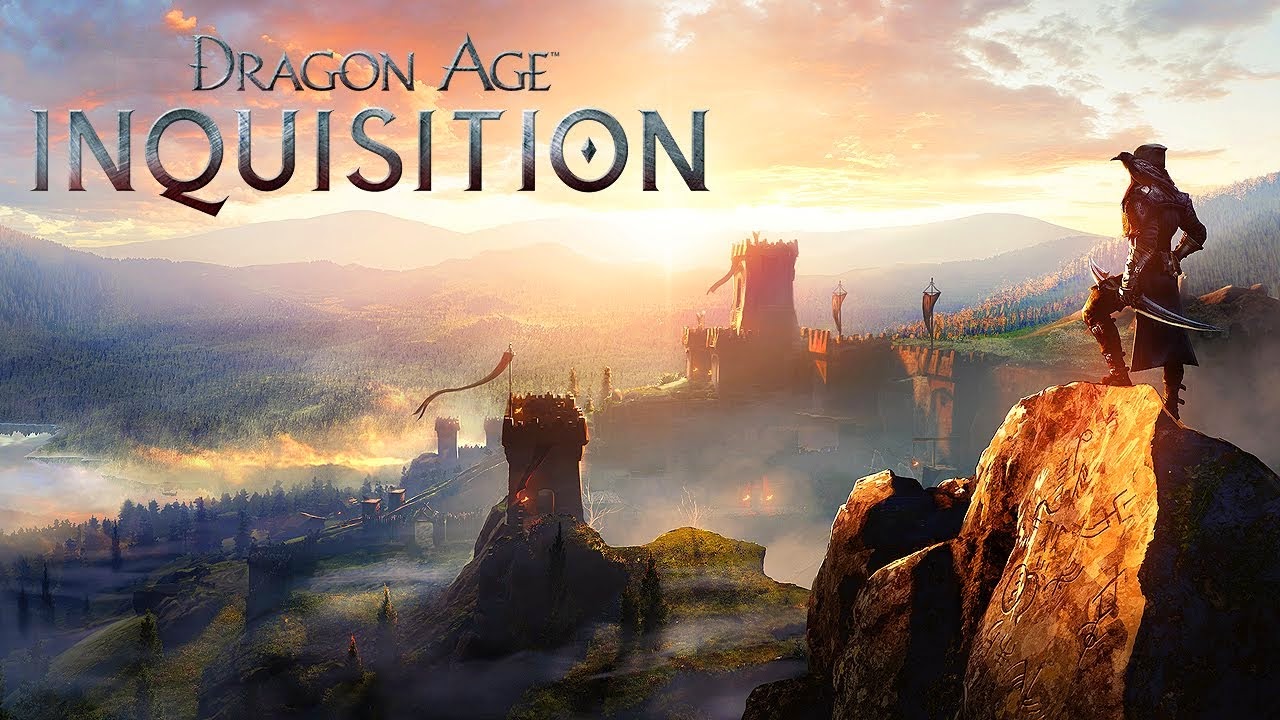 Dragon Age: Inquisition came along and blew the doors off console RPGs packing over 100 hours of huge open world dragon bothering to satisfy your inner fantasy nerd like having a legendary +10 levelled up glorious bastard sword replica… Anyway, Dragon Age: Inquisition rocks solid combat, some interesting characters and a wealth of locations, creatures and crafting that will keep you hooked for ‘Dragon’ Ages…


These six games are absolute winners - and I'd urge any game fans out there to experience them!!

And so - perhaps that is why 2014 is good but not great… With a list that has a number of rereleases and updates, here’s hoping that 2015 will throw a lot more original content our way!

Oh Ubisoft - where is it all going wrong? You promise so much, and yet you haven’t quite got to grips with the new generation of consoles like we thought you would. Watchdogs looked like a game changer on the console scene - and instead we were left game changing after playing through with a bland central character and missions that game across as a poor mans GTA.

Similarly Assassins Creed took a turn for the worse in 2014 - after jettisoning anything resembling a coherent storyline that ties current Creed with old Creed - 2014 saw two new instalments quickly rushed out to make Creed a yearly release inline with FIFA and other sports games. What became quickly evident was that one year is not enough to produce a decent game, with Rogue (a bizarre choice to make it a PS3 and Xbox 360 exclusive) presenting itself as Black Flag with a new lick of (not as impressive) paint - and Unity being a buggy mess that was nowhere near ready for its launch. Unity proved to be the biggest nosedive for Creed, moving back to cramped areas with far too many NPC’s littering the streets after the freedom of Black Flag and removing a charismatic lead at the same time. Ubisoft have proven themselves to be the masters of a flashy launch trailer, but they have some work to do to convince their many fans (myself included) to jump back into the Creed for their next release which is already worryingly close.