Darkmatters Review Birdman Or (The Unexpected Virtue Of Ignorance) 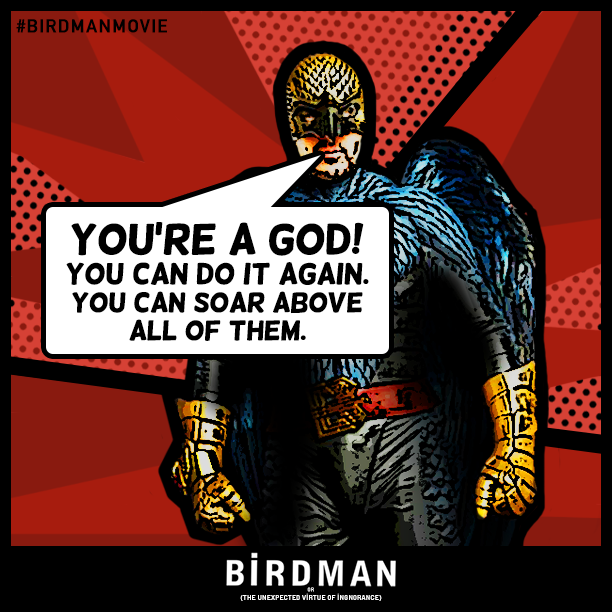 Birdman Or (The Unexpected Virtue Of Ignorance) (15)

Read the newspaper version of this review: The Bucks Herald

Back in the ‘90s, the superhero of the hour was Birdman. Birdman was a massive box off smash, the franchise ran for 3 films and made Riggan Thompson (Michael Keaton) a major star. But now his hero days are over and Thompson is a has-been desperate to recapture some credibility by putting on a Broadway play called "What We Talk About When We Talk About Love."

But Birdman has never really left Thompson and he still ‘speaks’ to him from his subconscious via hallucinations – kinda like a superhero Gollum who taunts him to return to his blockbuster film series and forget his Broadway dreams. Oh, and he’s also given to thinking he can fly and move objects with his mind… maybe it’s the stress of having a high maintenance leading man for his play in Mike (Edward Norton), an on/off flirtation with his ex-wife Sylvia (Amy Ryan), a maybe pregnant girlfriend Laura (Andrea Riseborough) and a daughter with a drug problem Sam (Emma Stone). 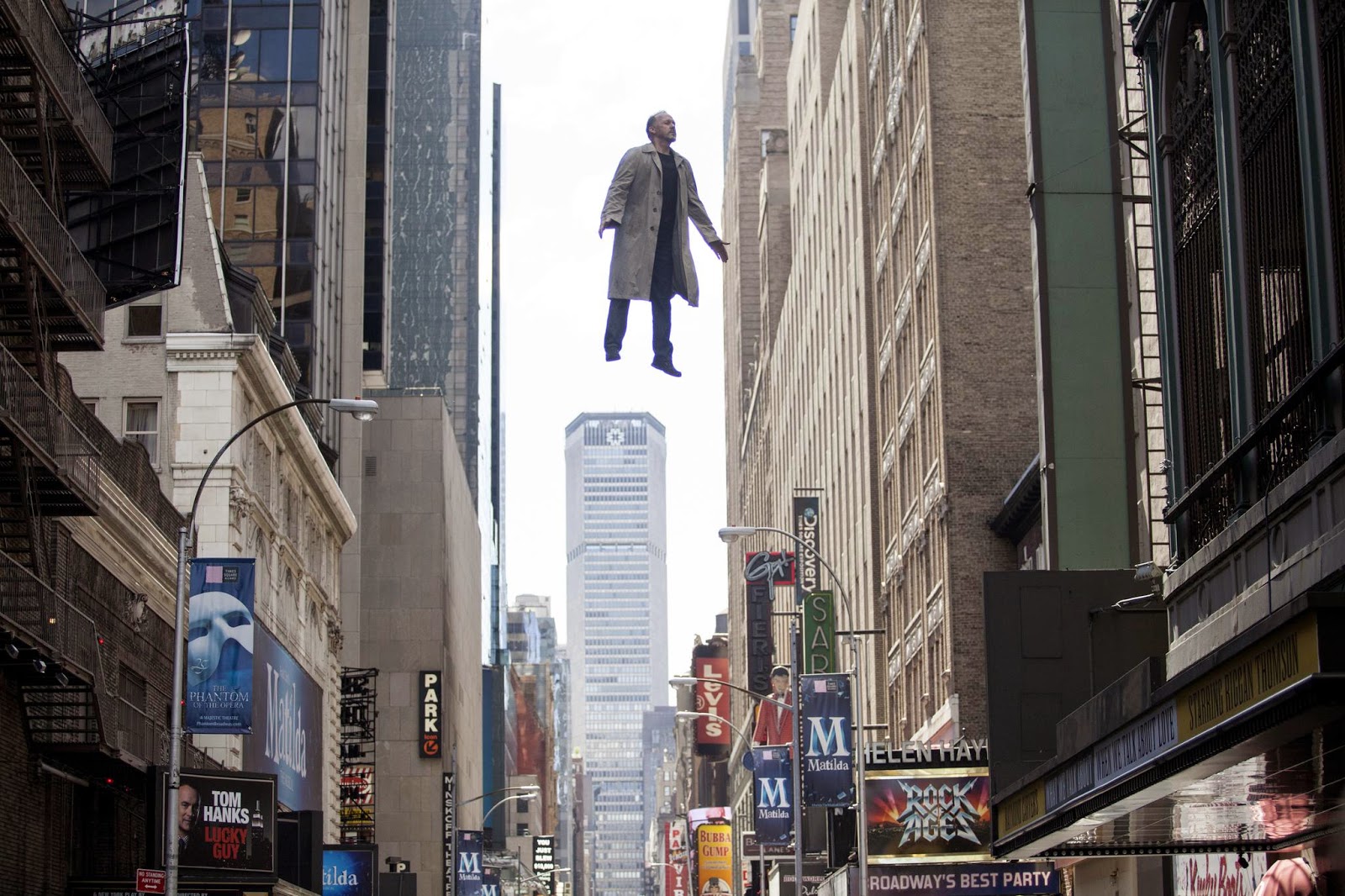 Throw into the mix an influential arts critic Tabitha Dickinson (Lindsay Duncan), who tells Thompson that she ‘hates Hollywood celebrities who pretend to be actors’, and promises she will "kill" his play with a negative review and stand back as the fireworks kick off. The resulting meltdown is a visceral, vital viewing experience – you literally can’t look away as the tension cranks up in the run up to opening night.

Keaton is on top form and must surely be in with an Oscar shout in the lead role, but all the cast go for it with manic energy and the result is a film that grips you, traumatizes you in the best possible way and then leaves you wondering ‘what just happened’. 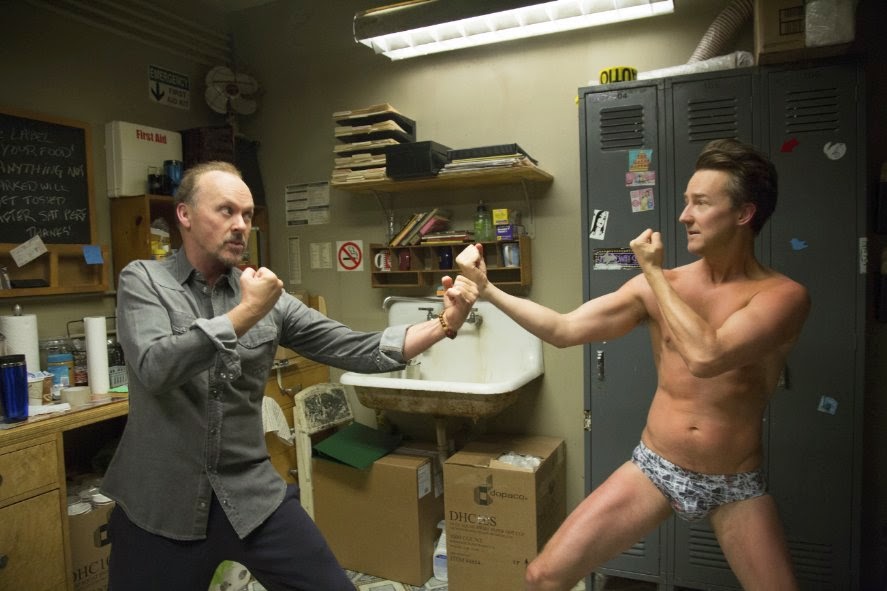 My wife really enjoyed the film too, especially the incredible tracking cinematography that often makes it feel like a claustrophobic single shot narrative throughout.

The underlying ‘art’ versus ‘entertainment’ struggle is deftly handled (the delicious irony of a movie about a play, championing the virtue of art by leaving the world of cinema behind is exquisite). 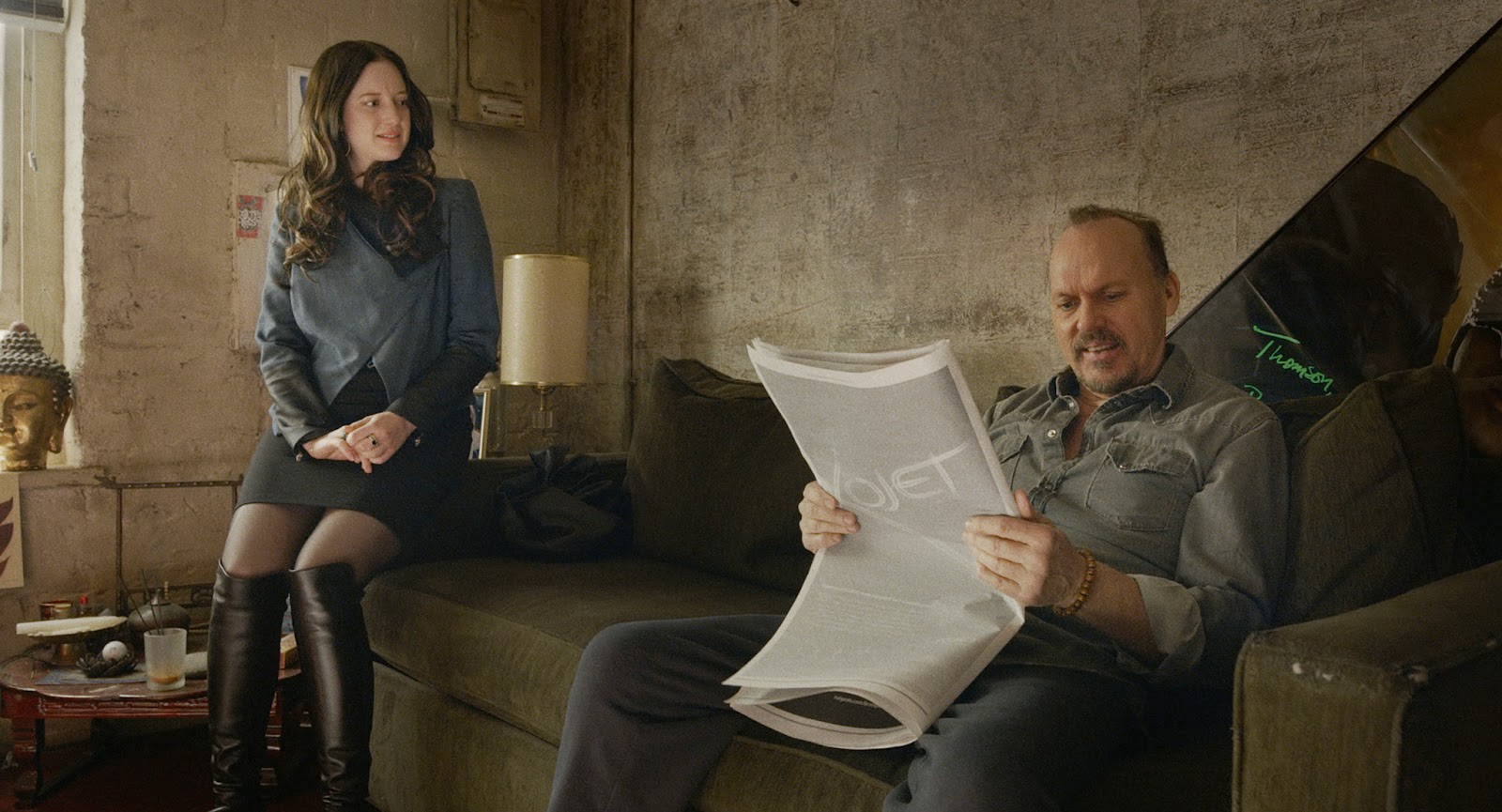 Birdman tells Thompson at one point “People, they love blood. They love action. Not talky, depressing, philosophical stuff” and causes the world of the Birdman movies to crash into ‘real’ life with helicopter gunships, alien robots and buff commandos bursting into existence.

This is a film for art lovers and films fans alike – a must see!

Horror öö – lots of swears and one shooting!?

Spiritual Enlightenment öööö – be true to yourself 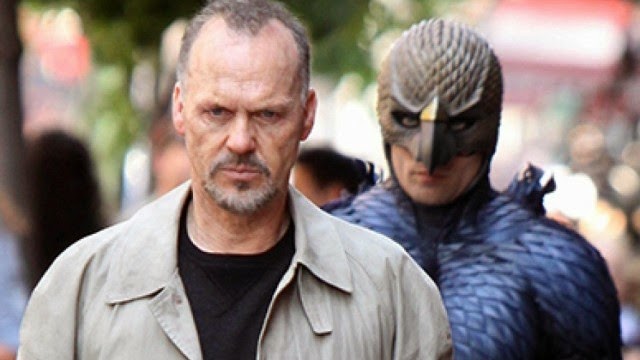 "no relation to Batman"